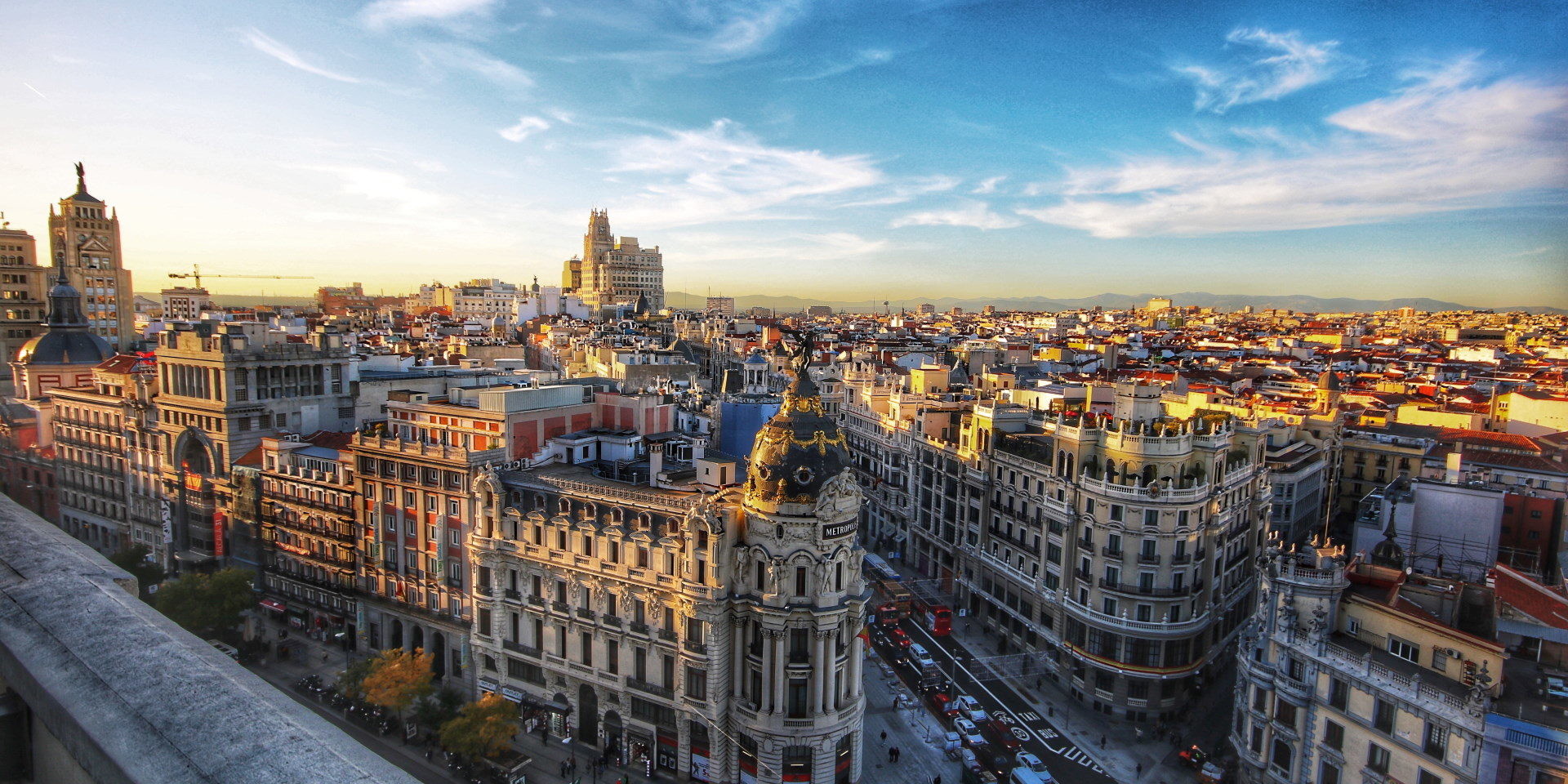 The area of Madrid

Madrid, the capital of Spain

Madrid is an elegant and large capital city with beautiful spaces and areas to live in. It has well-kept parks such as the Buen Retiro and elegant boulevards. The city is also famous for its many European works of art such as works by Goya, Velázquez and others. All these masterpieces can be visited in the famous Prado Museum, where more than 35,000 works of art by various Spanish artists are on display.

Madrid is a vibrant, lively and wonderful city. This city has been recognized on several occasions as one of the best European destinations to visit thanks to its wide cultural offer, for being a safe and welcoming city for its visitors and for its great gastronomic variety.

The heart of Madrid

The heart and centre of the city is located in the idyllic Plaza Mayor lined with grand porticoes and just a few metres away you can find an exhibition of historic arsenals with two major landmarks, the Royal Palace and the Armoury. As if that wasn’t enough, Madrid is ranked 51st in the 400 best cities to live in, and some of the best areas are Fuencarral, Retiro and Chamberí.

Madrid is considered one of the European cities with the highest proportion of green spaces, with exactly 70 m² compared to an average of 20m² in the rest of the continent.

The Retiro Park is one of the most important parks in Madrid. It was opened in 1868 and since then it has been a favourite place for locals and tourists alike. Inside this park there is a very popular and crowded manmade lake in which you can enjoy boat activities in the water. Inside the park you will find the monument to Alfonso XII, the beautiful Palacio de Cristal and the Paseo de las Estatuas. 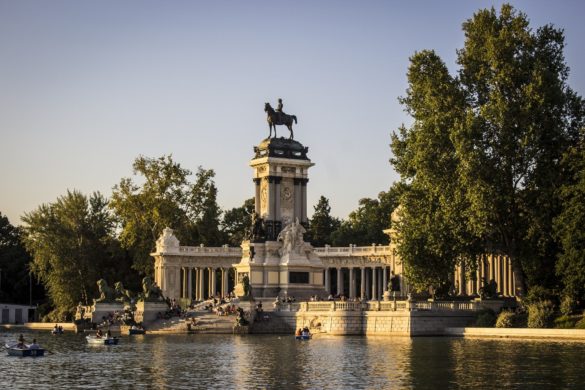 Sports and activities to do in Madrid

Madrid’s Retiro Park is known as one of the most peaceful places to practice different sports, although the most renowned is running.

For cycling, there is a bike lane that runs from Calle O’Donnell to the Fallen Angel. Alternatively, another possible option is to use all the paths in the Retiro Park, but be careful with pedestrians. 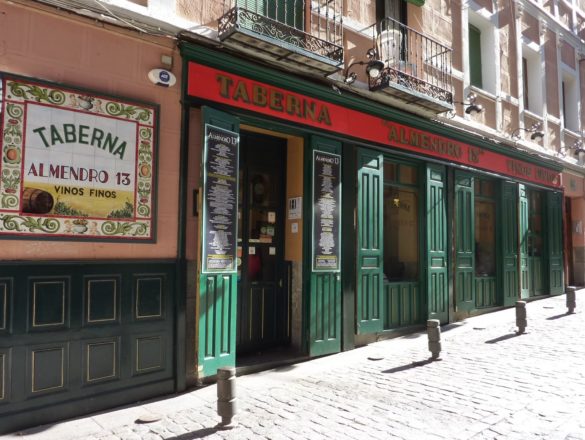 The cuisine in Madrid boasts a wide range of delicious dishes, being one of the most comprehensive in the whole of Spain. The typical dishes of the city are the cocido madrileño, the squid sandwiches that you can enjoy in the Plaza del Sol, the roscas of different flavours and the callos a la madrileña.

Madrid is known as an art capital and has some of the most impressive museums and galleries in Europe. If you travel through Madrid you must visit the Prado Museum, which since its inauguration in 1819, has fulfilled the lofty mission of preserving, exhibiting and enriching the collections and works of art that, closely linked to the history of Spain, constitute one of the highest manifestations of artistic expression of recognized universal value. A visit to the Reina Sofia Art Center, the Royal Palace or the Royal Theater is also a must.Not forgetting ARCOmadrid, which is the International Contemporary Art Fair of Spain that, since its creation, is one of the main platforms of the contemporary art market.

Furthermore, Madrid has several architectural relics, including the Puerta del Sol, the Plaza Mayor, the Plaza de la Villa, the Royal Palace, the Plaza Cibeles, among others.

Transport and connections in Madrid

The city has a fleet of more than 2,000 buses that run a total of 200 different routes throughout Madrid. The city also has a metro, which is the fastest way to get around, and taxis. 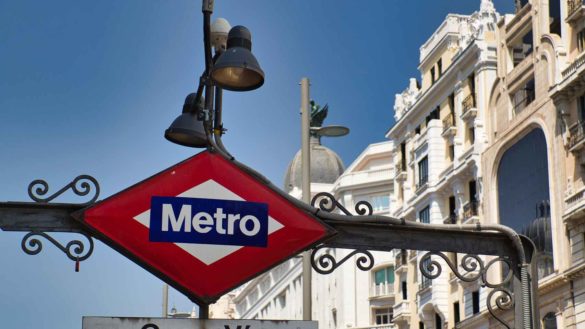 Its main connection is the AVE (high speed train), which is one of the most popular means of daily transport for the residents of Madrid. Not forgetting Barajas International Airport, which handles international flights.

Price per m2 in Madrid.

Given the size of Madrid, it has a wide range of real estate available. Despite the Spanish economic crisis, Madrid has not stopped building new homes.

Madrid is one of the autonomous communities in Spain with the most job opportunities.  Specifically, it accounts for 59% of the total number of vacancies offered on job search platforms.

Madrid is known to be one of the safest places in the world. Data showing low rates of the most serious crimes such as murder and rape support this claim.

Madrid, one of the busiest cities in Europe. Here you will find plenty of cultural and sporting events and a lively nightlife to keep you entertained during your visit, not forgetting the richness of Madrid's cuisine and the best atmosphere you can find. Madrid is a city full of places to visit, things to do, life experiences and history to learn. A lively city where it is almost impossible to get bored.
Madrid is very safe, although there is a large presence of pickpockets as they are frequent in this city due to the large number of visitors. Transport in Madrid is very safe and reliable. Spain is the sixth safest country in the world and the fourth with the lowest crime rate in Europe according to objective data, because the country has an atmosphere of peace, tolerance and respect.
Madrid ranks sixth among European cities for quality of life. Thanks to a low crime rate, a pleasant climate, free public services and a very efficient transport system, trains, buses and subways are easy to navigate. Best of all, living in Madrid is affordable compared to other European cities. The OECD ranks Spain second among countries with the best balance between work and quality of life.
Madrid's facilities are all within easy reach. You will find the best schools and universities, the best food, great public transport and great health and cultural venues.
There are endless activities to do as a family in a city like Madrid. It is the perfect place to start a family life. There are skating rinks, shopping centres, nature, cinemas and amusement parks, such as Warner.
Alcalá de Henares is located in the east and is one of the most important cities of Madrid (and Spain). Most importantly, it is the birthplace of Miguel de Cervantes, author of Don Quixote. The city is one of the architectural gems of the Madrid quarter, whose streets continually pay homage to the fictional characters featured in Cervantes' work.
11 things to see in Madrid in three days: Retiro Park, a must-see in Madrid. Puerta del Sol. Gran Vía and Callao. The Plaza Mayor. The Royal Palace of Madrid. The Art Triangle: Reina Sofía, Prado and Thyssen. The Almudena Cathedral. The Puerta de Alcalá and Cibeles Palace.
There is one city and 179 municipalities in the Region of Madrid.
Capital of Spain and commonly known as Villa y Corte, Madrid is the largest city in the country and the second largest in the European Union, with a population of more than 3 million inhabitants (more than 6 million in the metropolitan area).
Madrid is administratively divided into 21 districts, which in turn are subdivided into 131 neighbourhoods, not necessarily coinciding with the traditional districts.

Our agencies in Madrid 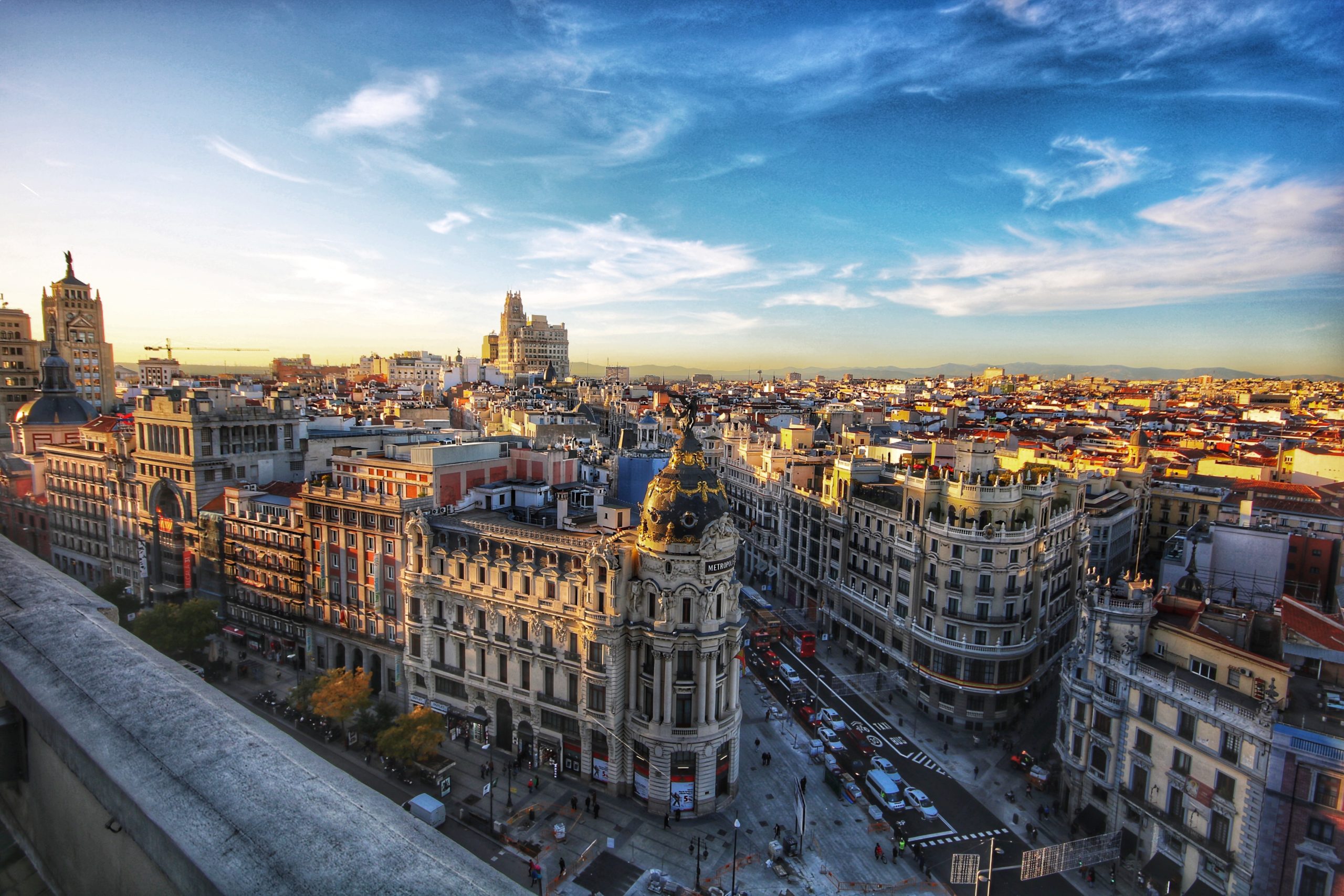 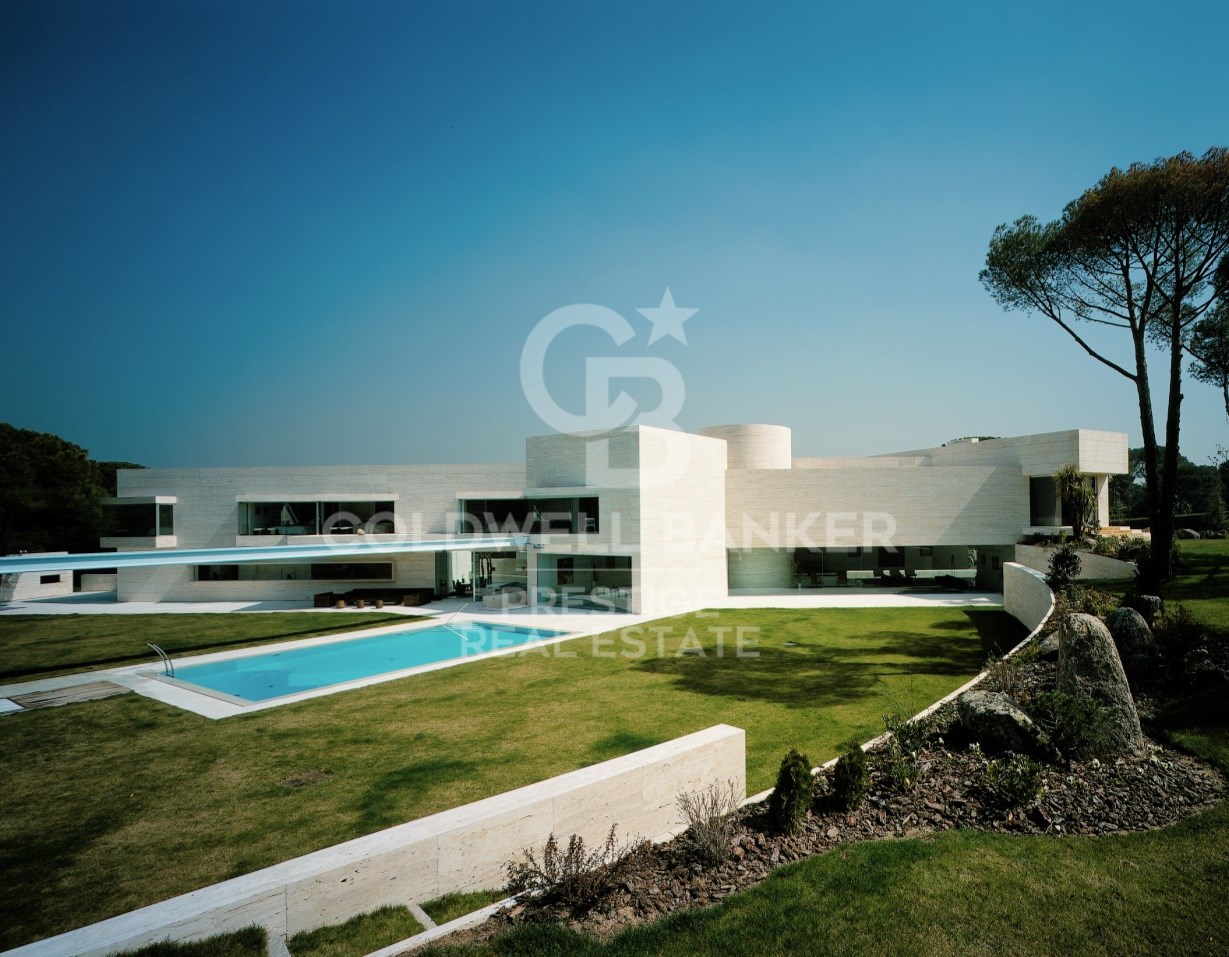