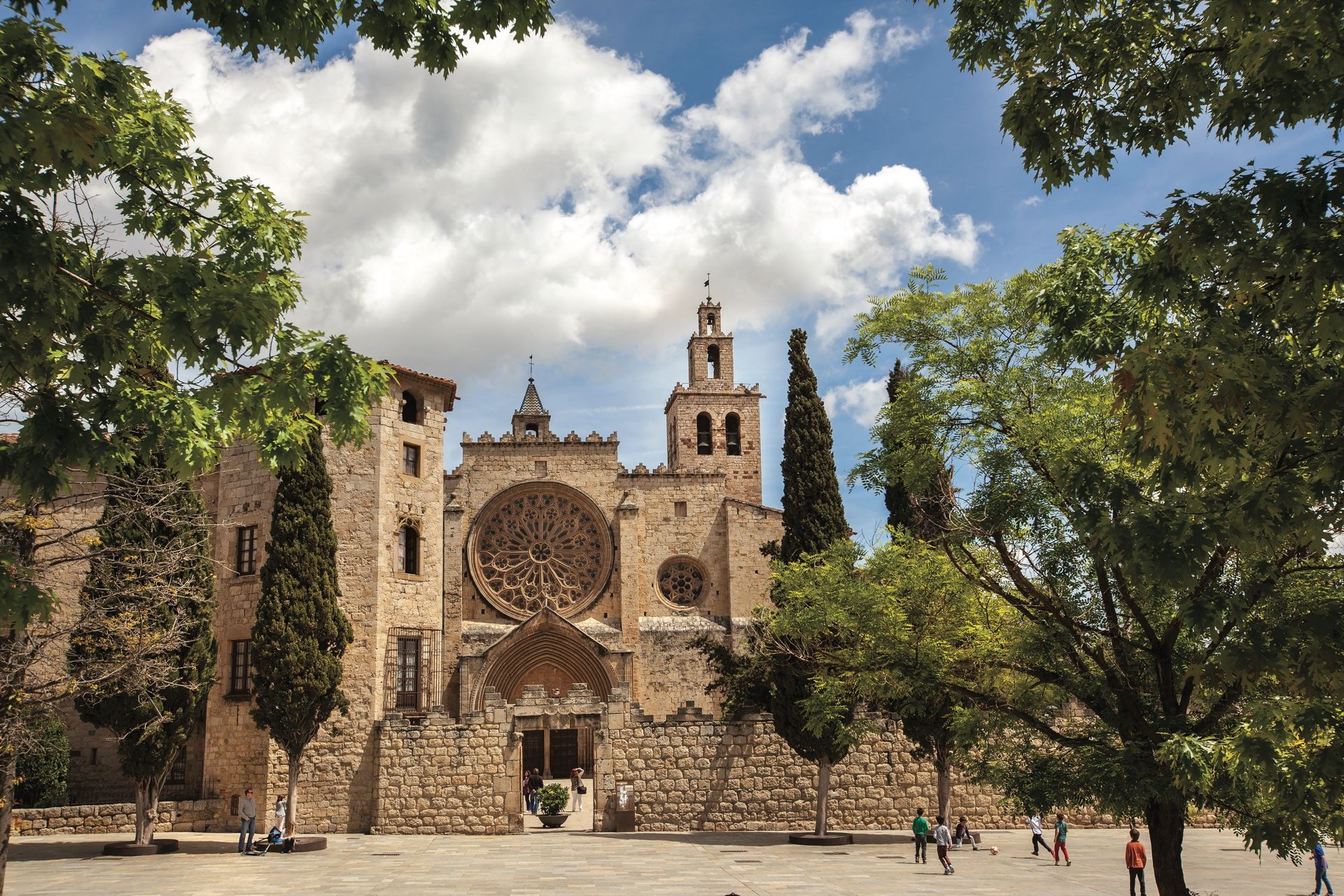 Sant Cugat's extensive network of parks is another of the area's attractions for families. This is the case of the Torre Negra park, ideal for jogging, cycling or horse riding, the Arborètum park, which has a wide range of tree and plant species, the parc Central, the Turó de Can Mates park or, the favourite of the little ones: the colourful Ramon Bernils park. Sant Cugat is a safe city to live in as it has a very low crime rate. Thanks to a number of studies, it can be seen that over time the number of crimes in Sant Cugat is declining, becoming almost non-existent.

Are you looking for the best place to live surrounded by nature, just a few minutes from Barcelona? Living in Sant Cugat del Vallés has become the preferred option for families looking to enjoy a natural environment, full of tranquillity, without having to give up being well connected to the big city.
Framed between the Collserola mountain and the Galliners mountain range, Sant Cugat del Vallés has more than 8,000 hectares of protected natural space to escape from the pollution and the hustle and bustle; where time stands still.

The area of Sant Cugat

Sant Cugat is made up of 5 districts: Sant Cugat núcleo, Mirasol, Valldoreix, La Floresta and Las Planas. Among the most outstanding areas are the old town of Sant Cugat, the Eixample district, the exclusive Golf Can Trabal area, Parc Central and the Mira-Sol housing estate.

Green spaces are one of the main hallmarks of the city of Sant Cugat, which is made up of more than 8,000 hectares of natural space.
Strolling through the gardens of the Monastery or the Can Gatxet forest, cycling through Pollancreda or running through the Torrent de Ferrussons park are just some of the privileges of living in Sant Cugat del Vallès. 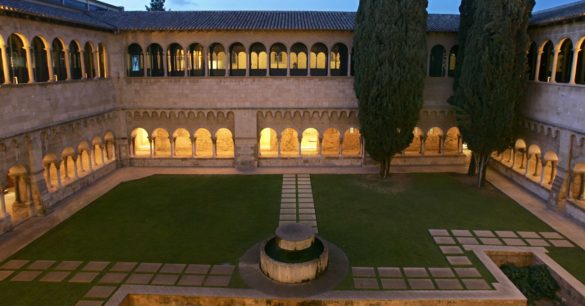 Sant Cugat’s extensive network of parks is another of the area’s attractions for families. This is the case of the Torre Negra park, ideal for jogging, cycling or horse riding, the Arborètum park, which has a wide range of tree and plant species, the parc Central, the Turó de Can Mates park or, a favourite among the little ones: the colourful Ramon Bernils park.

Sports and activities to do in Sant Cugat del Vallés

Sant Cugat was recognised in 2018 as a European City of Sport due to the quality and quantity of its sports facilities. Specifically, it has 327 sports spaces and 52 municipal sports facilities, with 113,000 square metres to practice sport, among which the High Performance Centre (CAR) stands out. In the sports facilities of the CAR, sportsmen and women are trained in more than 20 sports modalities such as athletics, basketball, boxing, fencing, football, artistic gymnastics, rhythmic gymnastics, swimming and roller hockey, among others.

Gastronomy is one of the strong points of the area, where there is a wide range of restaurants, and chefs are promoting local products. Among the most outstanding restaurants in Sant Cugat del Vallés are Masía El Mirador de Can Cases, Brau restaurant, Nemésis Gastronomía, Sabàtic, La cuina de Sant Telmo and La Rampa 23, among many others.

Although Catalan and Mediterranean cuisine are the main dishes on the menu of most of the restaurants in the area, you will also find Japanese, Italian, Peruvian and Thai cuisine, among others.

Apart from being an oasis for sports in the middle of nature, the leisure possibilities in Sant Cugat del Vallés are endless, such as visiting the Marilyn Monroe museum, looking for antiques in the Mercantic, shopping in the Mercat Vell, strolling through its parks and viewpoints with views of Montserrat and the city of Barcelona, or enjoying a good play in the city’s Teatre-Auditori.

The architectural heritage of the municipality is another of its great attractions, with unique works such as the Benedictine Monastery, built between the 9th and 14th centuries and declared an Asset of Cultural Interest, or the modernist buildings scattered around the city.

Another of the strong points of living in Sant Cugat del Vallés is its unbeatable communications with Barcelona, which is only 15 kilometres away, both by road and public transport.
The city is connected to the Catalan capital by multiple roads such as the AP7, the AP2, the Vallvidrera tunnels motorway and the Rabassada road.

Sant Cugat also has a train line, four railway lines and 11 intercity bus lines that connect the city with Barcelona and other municipalities such as Sabadell and Terrassa, among others. 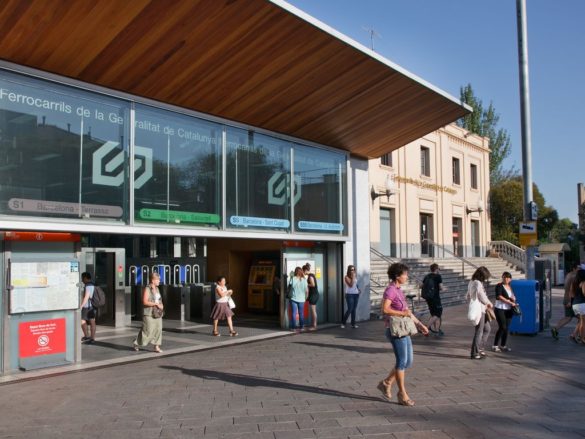 Barcelona airport is 26 km away – less than thirty minutes by car – while Girona-Costa Brava airport is 87 km away.

Living in Sant Cugat del Vallés is an attraction for families who want their children to grow up in a natural environment, surrounded by clean air, with a high quality of life and with multiple options for their personal and intellectual development.

With a population of more than 90,000 inhabitants, Sant Cugat has an outstanding educational system made up of an extensive network of private and public schools, recognised international schools and universities. It is also worth mentioning its health facilities such as the Hospital General de Catalunya and the Policlínic Sant Cugat, among others, which also make the area attractive to the older population.

Price per m2 in Sant Cugat.

Sant Cugat is the fourth city in Spain in terms of per capita income and is characterised by a fairly young and family-oriented population. The average price per square metre in the area currently stands at 3,757 euros, and can exceed 5,000 euros/m2 in the most upmarket areas of the city.

The most sought-after types of properties in the area are detached houses with gardens, semi-detached houses with large communal green areas, sunny penthouses and large flats in the city centre. In terms of location, the most premium properties in Sant Cugat del Vallés are in urbanisations such as Golf Can Trabal, Parc Central and Mirasol, as well as in the historic centre of Sant Cugat and in the so-called Eixample area. 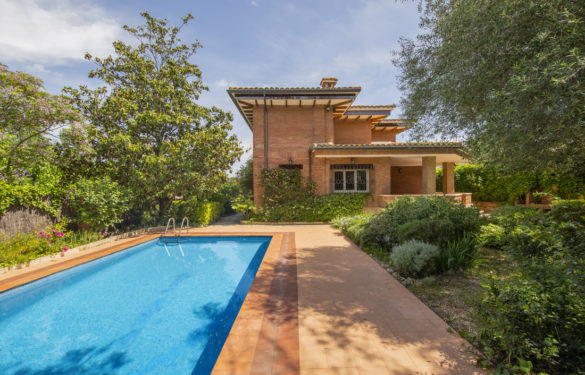 Thanks to its excellent communications, Sant Cugat has a business park made up of more than 2,700 companies and has become the nerve centre for large companies such as Banco Sabadell, Adidas, Hewlett-Packard, Catalana Occidente and Boehringer Ingelheim, among others. Therefore, there are many job opportunities in the area, especially in sectors such as banking, insurance, pharmaceuticals and technology, among others. Do you need more reasons to live in Sant Cugat del Vallés? At Coldwell Banker Sant Cugat we can help you find the home of your dreams.

Sant Cugat is a safe city to live in as it has a very low crime rate. Thanks to a number of studies, it can be seen that over time the number of crimes in Sant Cugat is declining, becoming almost non-existent. 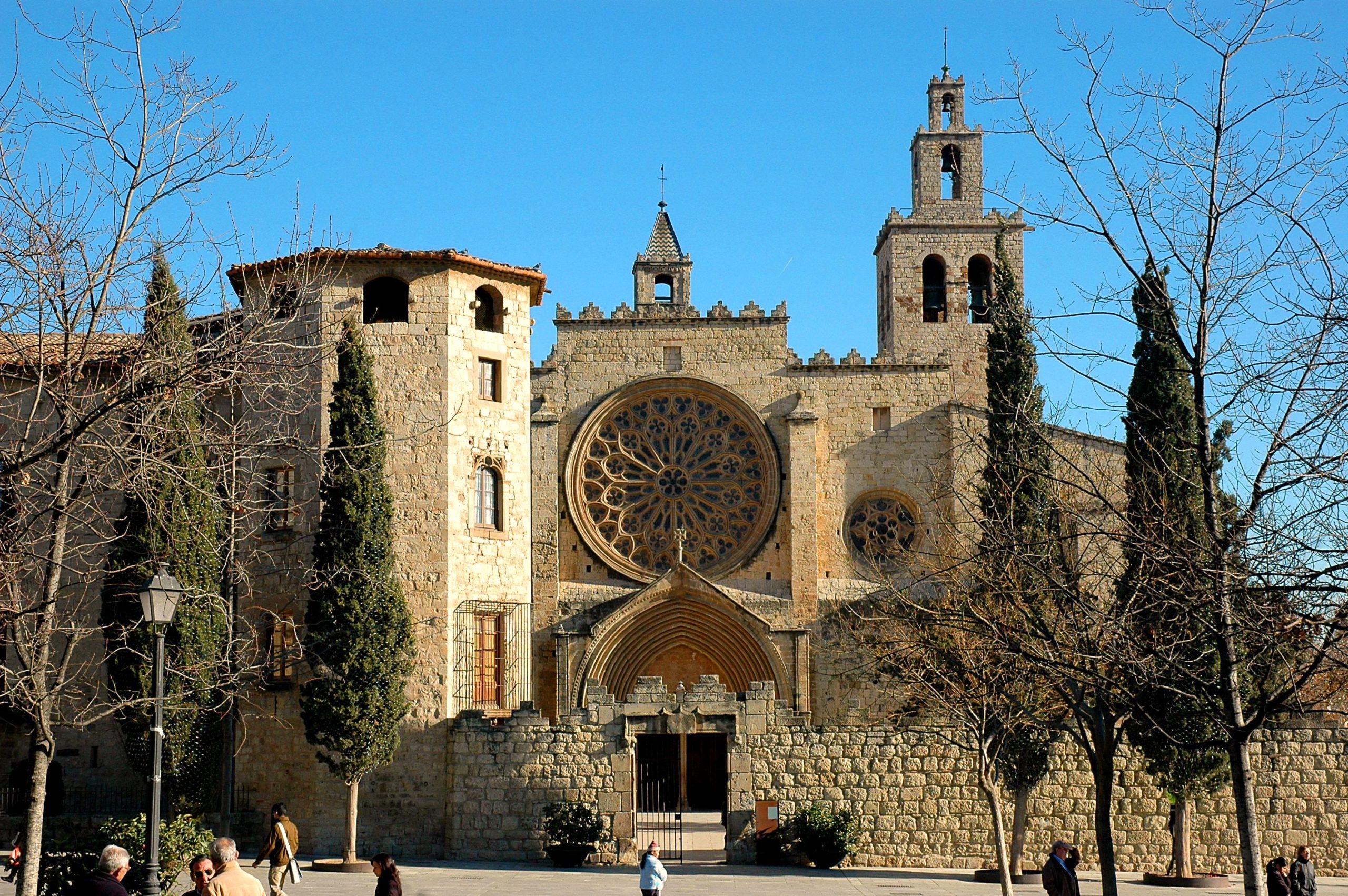 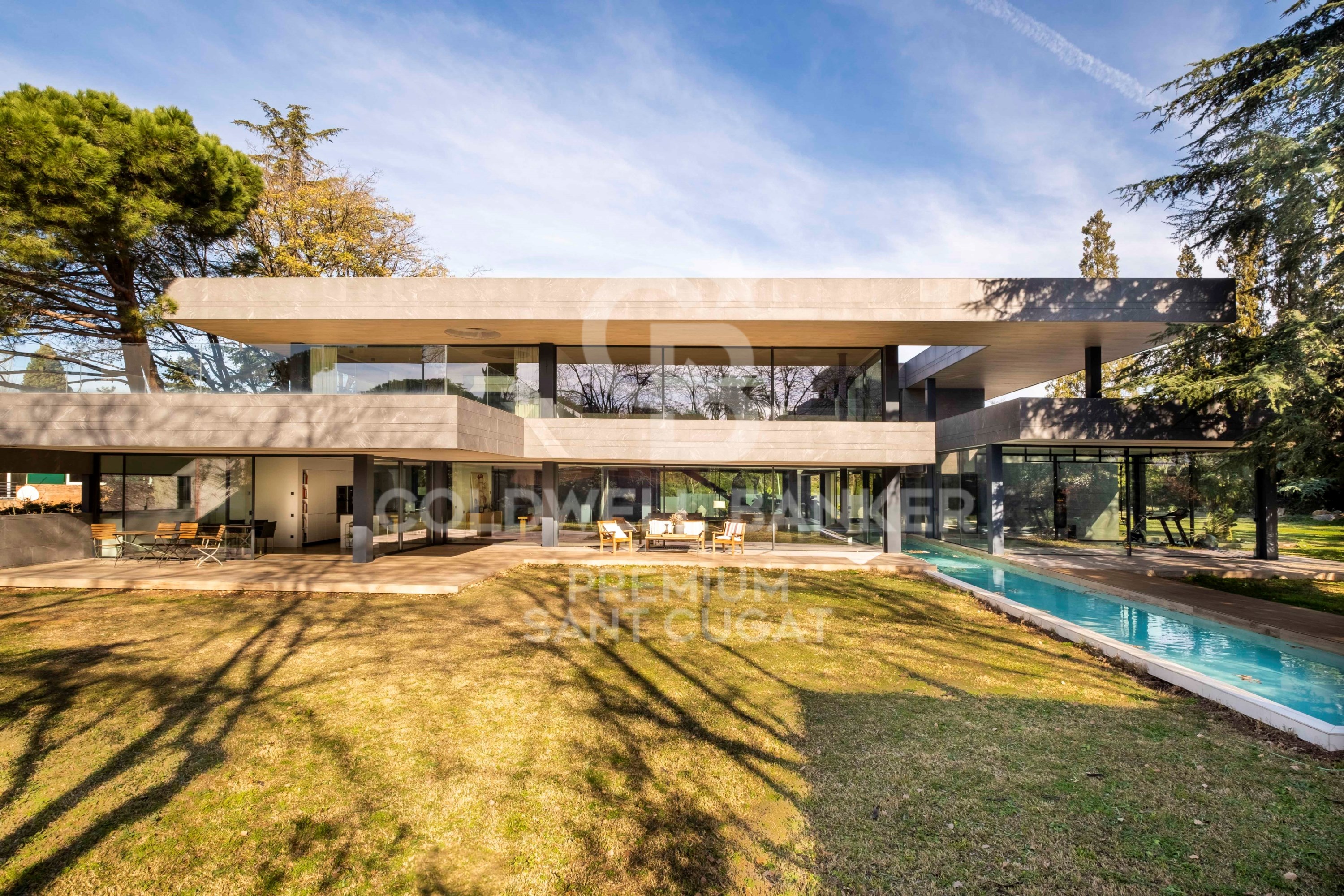 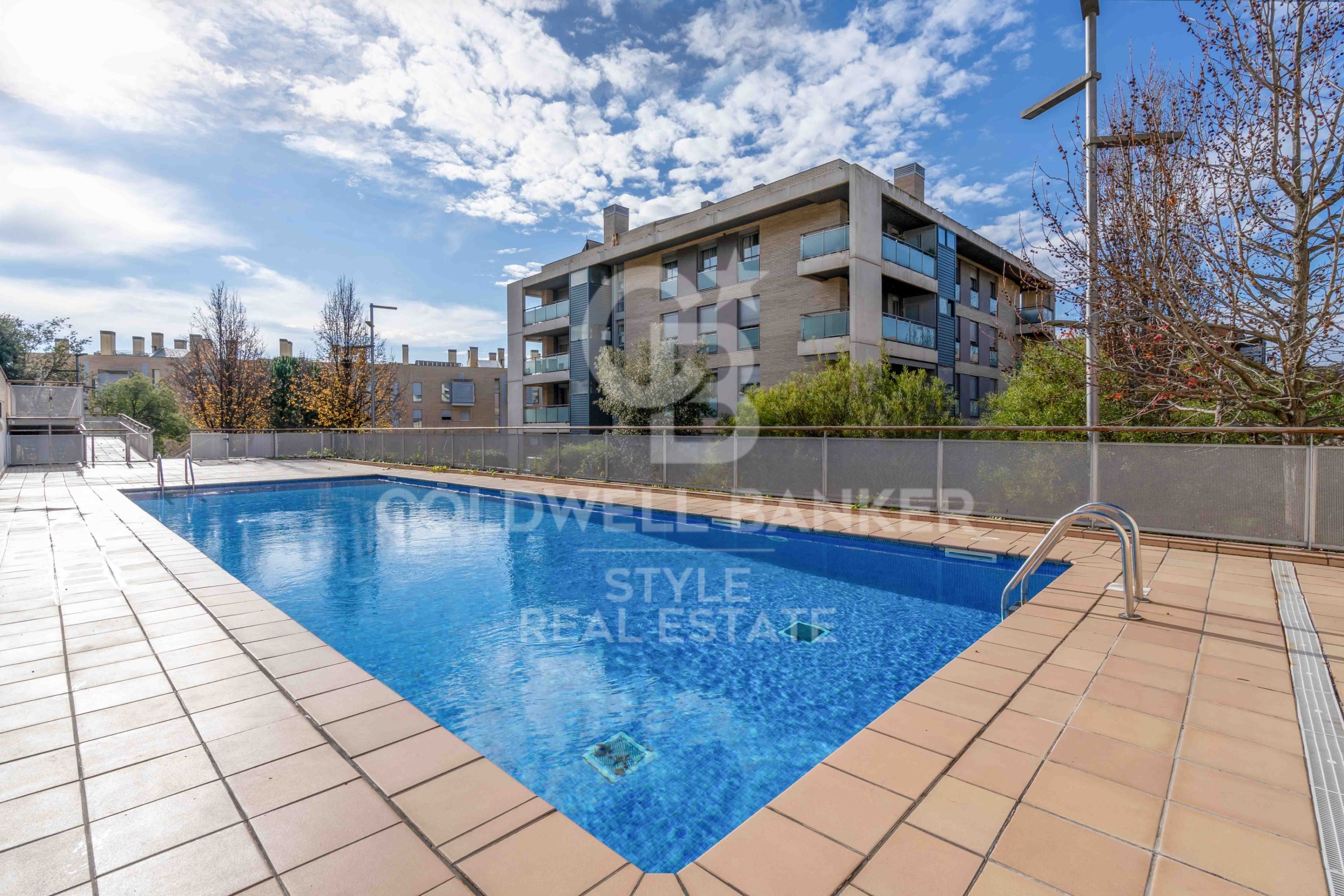 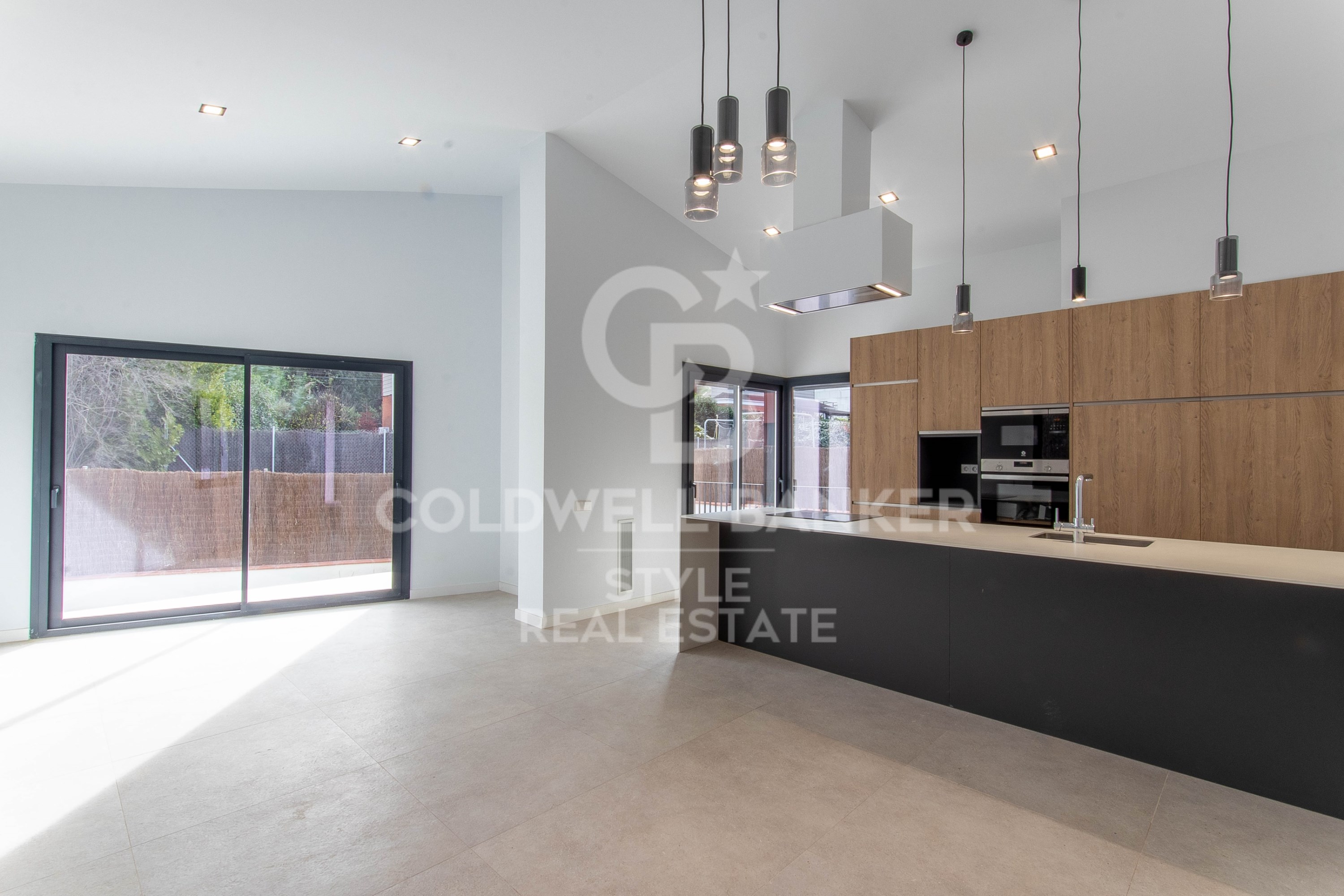 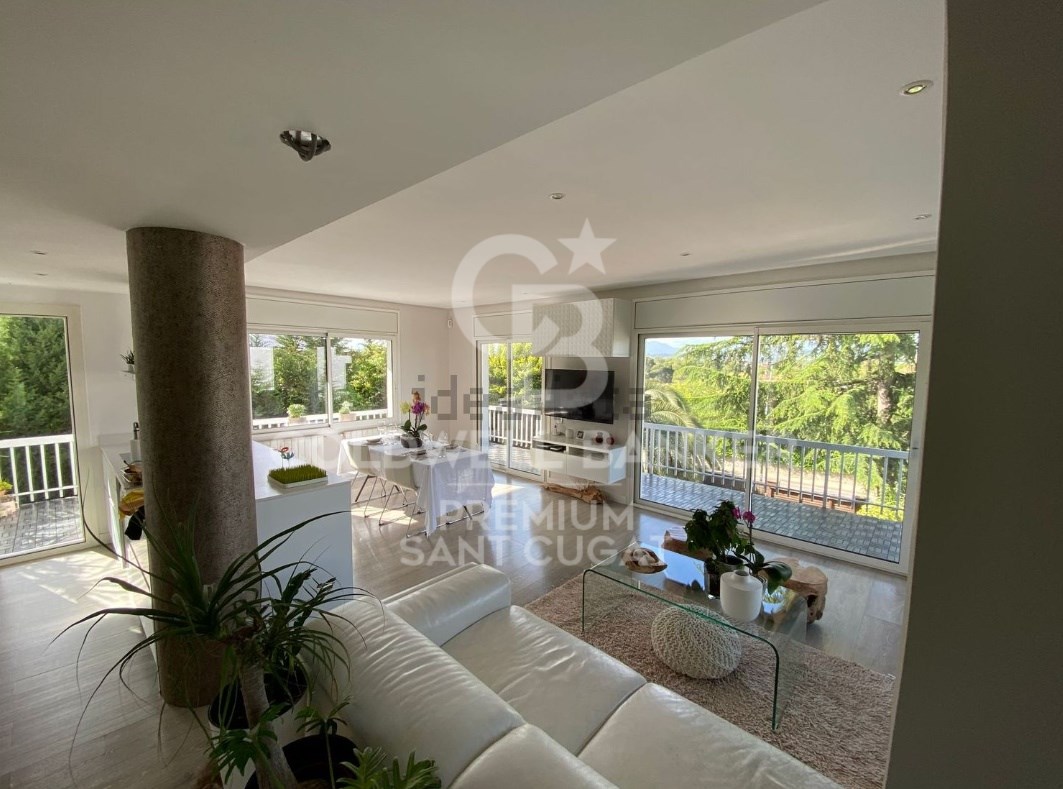 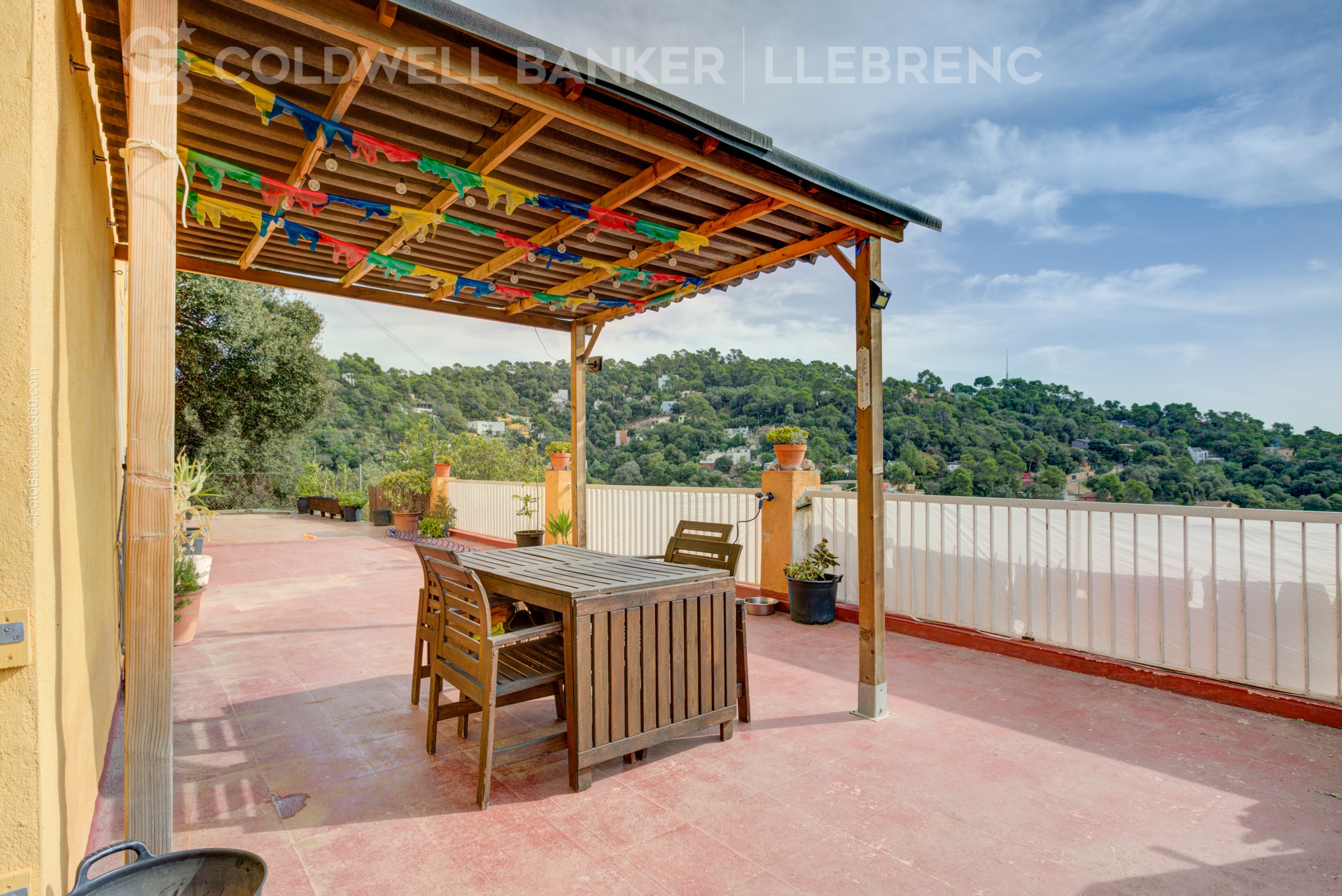 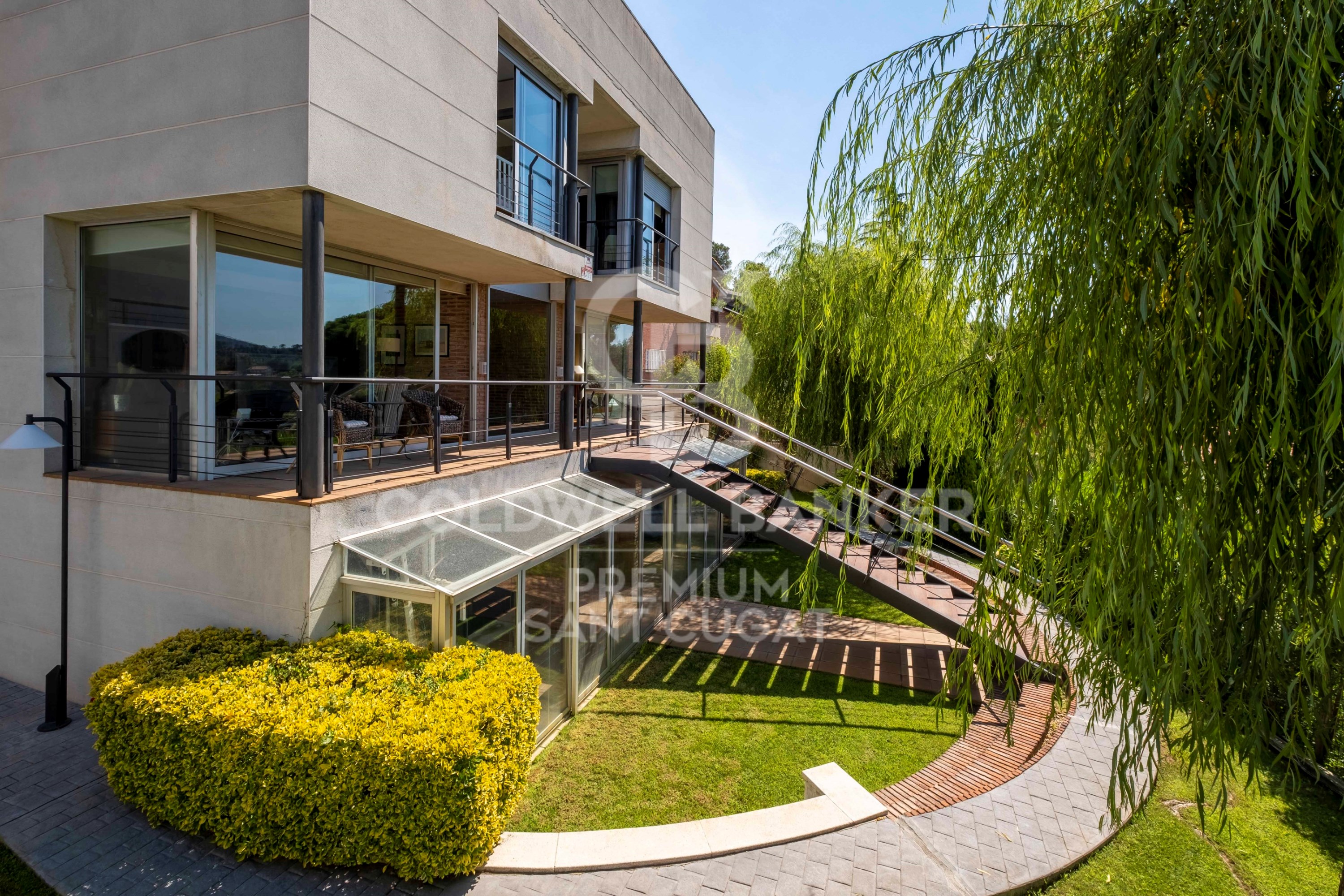 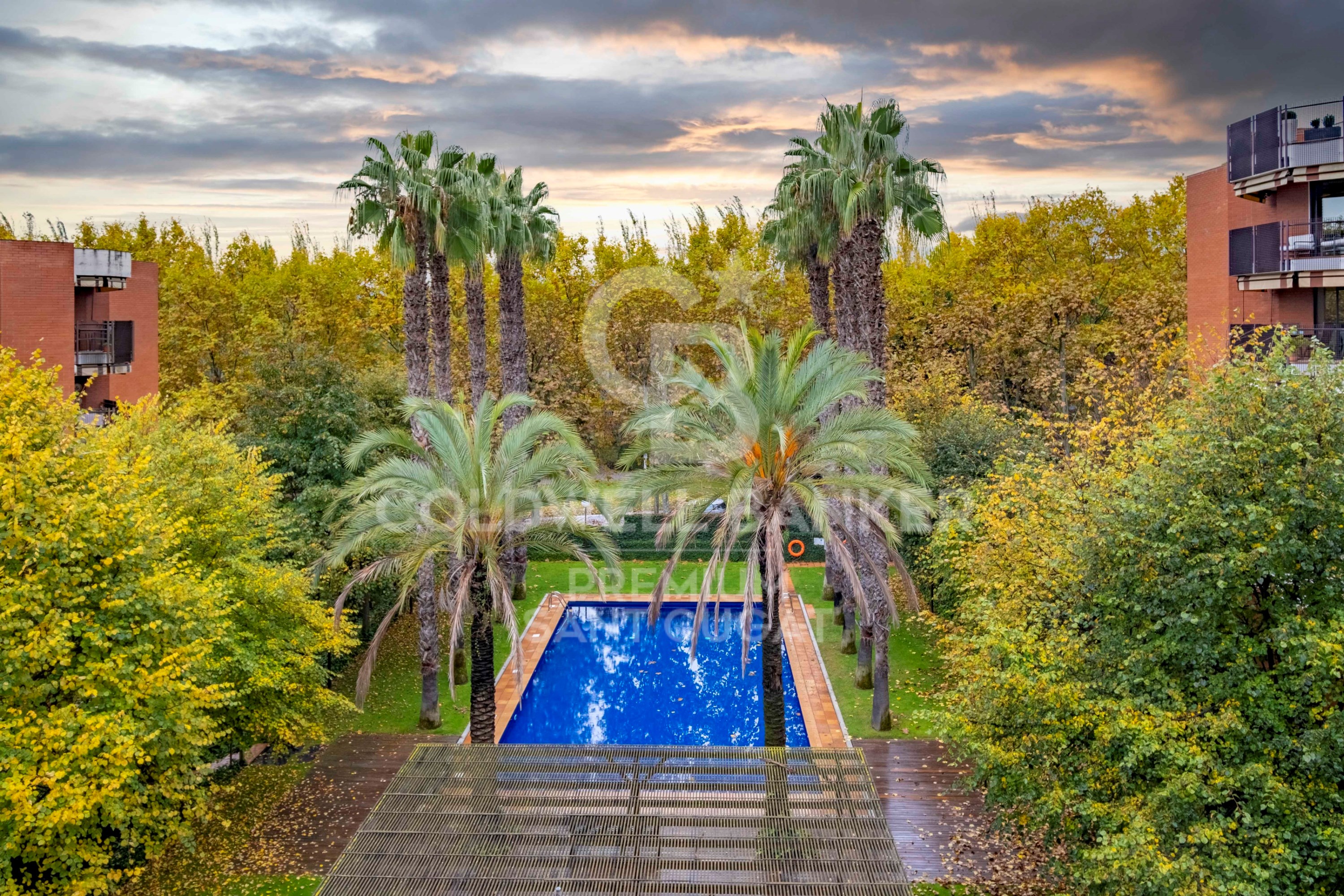 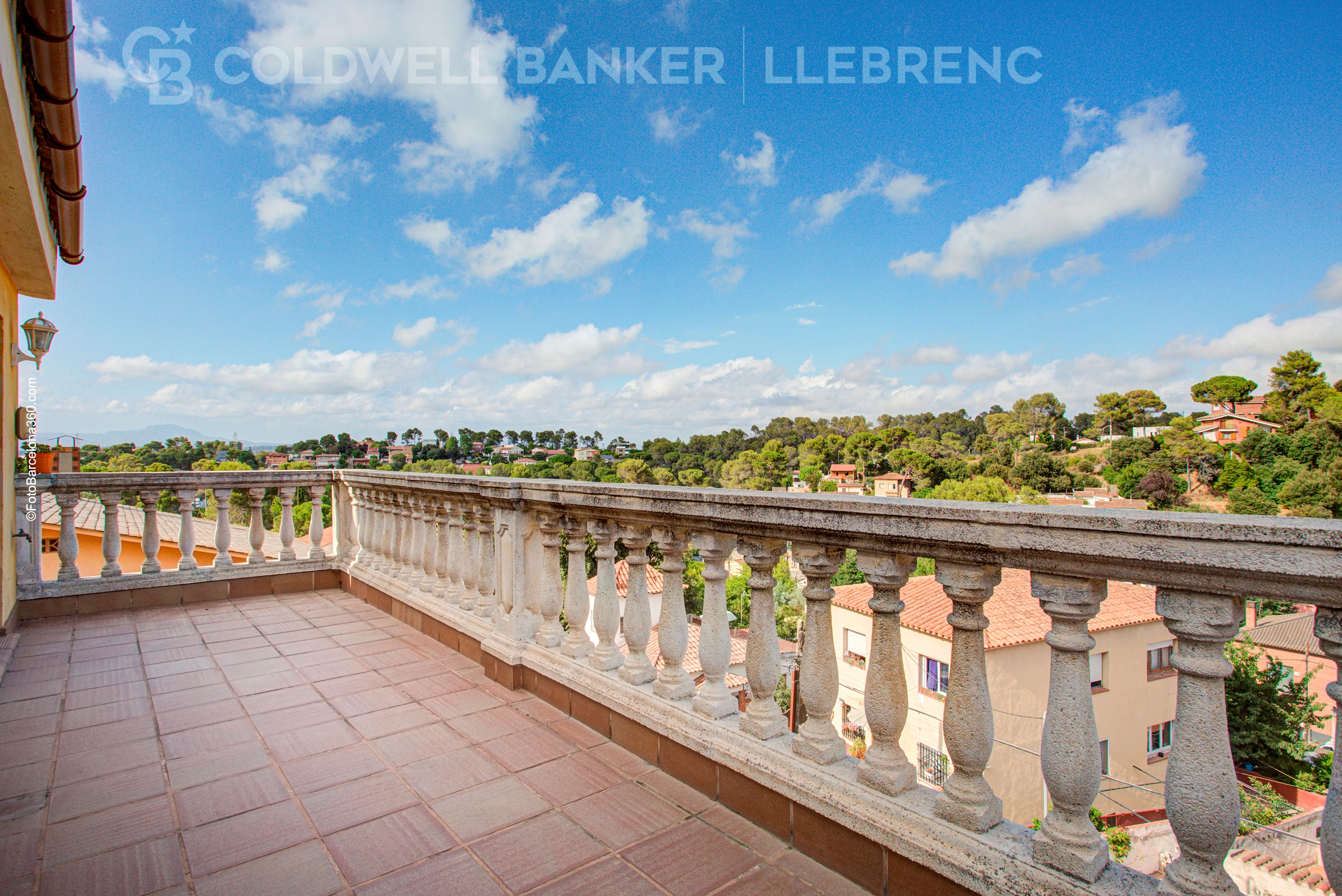