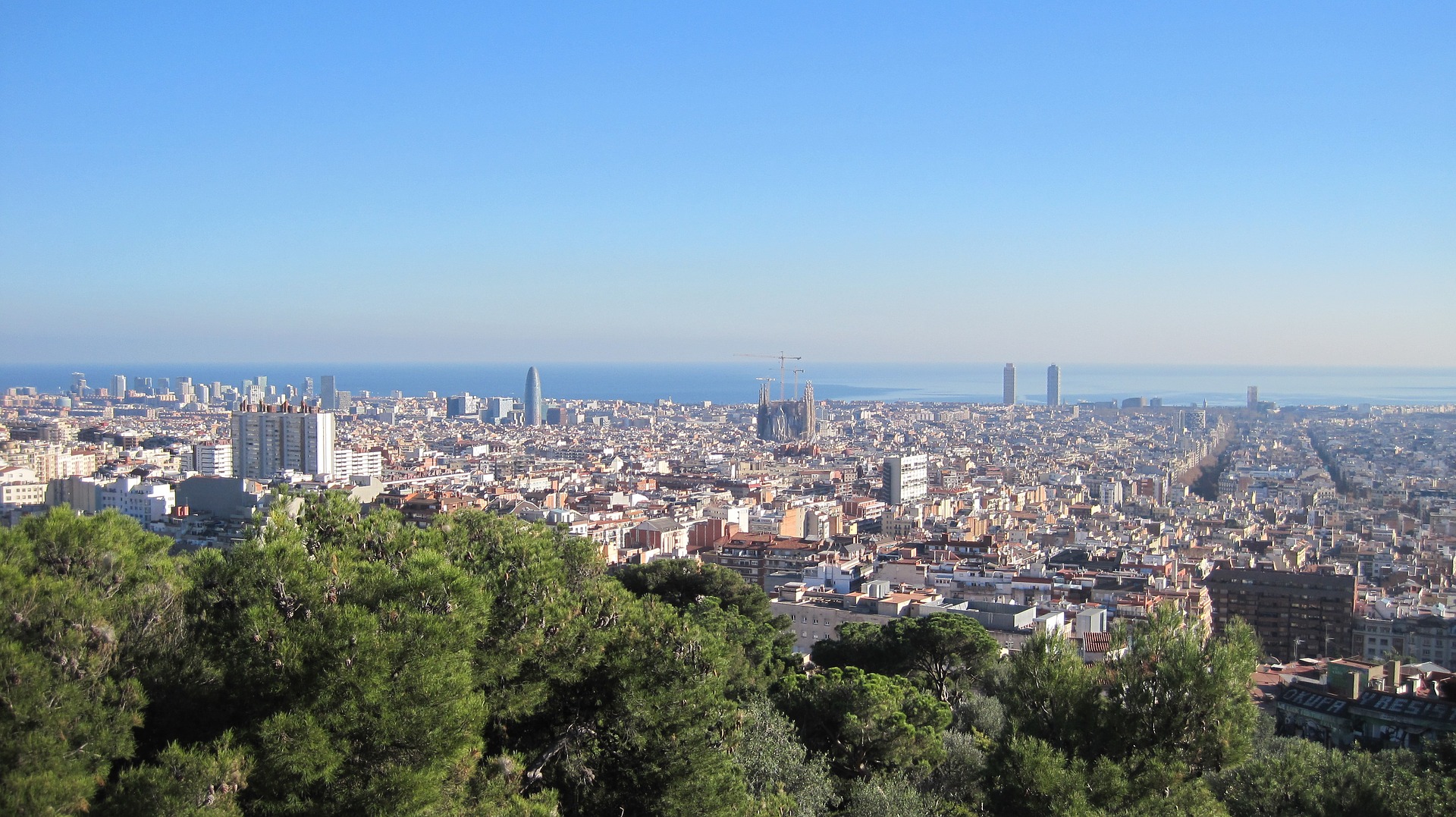 The districts of the upper area of Barcelona.

Pedralbes is known for being one of the high standing neighborhoods par excellence in Barcelona, where you can find the most impressive and exclusive mansions, with beautiful and quiet streets. It is located between Avenida Diagonal, Cervantes Park, Collserola Natural Park and Avenida J.V. Foix. It is a mainly residential district, well connected to the city center and with many parks, green areas and squares. 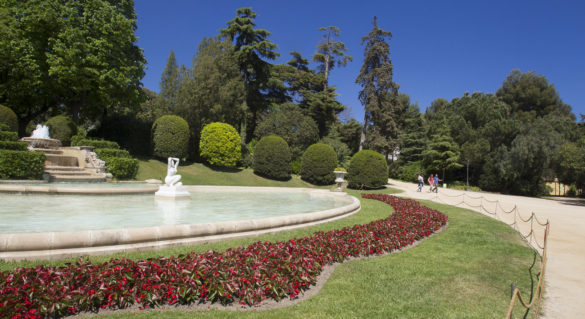 Sarria-Sant Gervasi is one of the greenest districts of the city. It is a residential and affluent area, with numerous parks and green areas, combined with prestigious educational and health centers. Sarrià-Sant Gervasi occupies a large area in the upper part of the city. Until the 19th century, this neighborhood was considered a separate area of Barcelona. Stately homes, narrow streets and traditional squares make it one of the most prestigious and affluent neighborhoods in the city.

Both Pedralbes and the districts of Sarrià-Sant Gervasi have an infinity of parks and gardens that are ideal for enjoying good weather and nature. Pedralbes Palace Gardens Located in the Pedralbes district, the Pedralbes Gardens have an area of ​​7 hectares, made up of a large expanse of trees, paths and large areas of grass and shade. Within these gardens you can find sculptures and architecture with historical elements designed by the renowned architect, Antonio Gaudí. 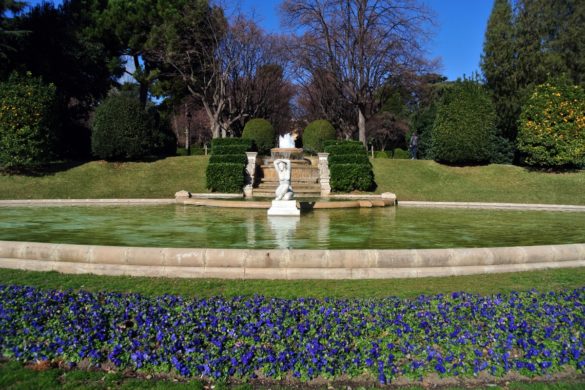 The Gardens of Pedralbes Palace

The Pedralbes Gardens are located in the district of Les Corts. They have an area of 7 hectares, consisting of a large expanse of trees, paths and large lawns and shady areas. These gardens are also home to sculptures and architecture with historical elements made by the renowned architect, Antonio Gaudí.

Inaugurated in 1965, Cervantes Park is a wonderful green area in the heart of Barcelona’s Avinguda de la Diagonal. A park that stands out for its large green areas, its wide paths and its splendid rose garden, that tempt you to take a pleasant stroll or do some exercise.

Another beautiful green space is the Villa Amelia Gardens. An aristocratic garden where can find a beautiful island, on which emerges in the middle of the pond, Diade, the forest protector nymph.

It is a large forest area that connects Barcelona with the Collserola mountain range. Dispose of several rest and picnic areas, areas for children’s play, tables in the shade and on the othernext to the municipal swimming pools of Can Caralleu.

Sports and Activities in Zona Alta

In the aforementioned areas of Barcelona there is a great diversity of sports clubs, specifically 41 sports centres. The most prestigious are Arsenal and Metropolitan.

Activities and sports to do in Zona Alta, ​​Barcelona

Sports facilities In the Zona Alta you can find high-end sport centers, with innovative equipment, but also municipal gyms and family clubs.

Barcelona is one of the places where there are currently more options for outdoor sports thanks to designated areas. Specifically Zona Alta has several places to practice outdoor sports. Some of them have previously mentioned as parks and gardens, but it is worth mentioning some others:

Club Tennis Barcino: Family club, located in the heart of Sant Gervasi, in which the racket is protagonist. Can Sentmenat Gardens: The perfect place to go down the Trail. Within these gardens there is an immense forest with a lot of unevenness with a path direct to the Paseo de las Aigües. Barcelona is a city rich in cultural attractions. Among them, it is worth mentioning all the monuments created by Antonio Gaudí such as La Pedrera, Casa Calvet and Casa Batlló.

Especially, in the upper area of Barcelona are the following tourist attractions.

Torre Bellesguard: It is a villa built by Antonio Gaudí between 1900 and 1909. Since its creation it has been privately owned until 2013, from which time you can visit the interior of the building.
Pedralbes Monastery: It is considered a jewel of Gothic art. Its construction dates back to 1326 and was built for Poor Clare nuns who still live there today. Today the monastery can be visited. It has a very nice inner courtyard to stroll along with its fountain and its small orchard in the care of the nuns.

The legacy of Antonio Gaudí.

Antonio Gaudí has an irreplaceable figure in Barcelona. Antonio Gaudí, used an imaginative architecture, with a complex geometric composition. Thus, he created an absolutely personal manifesto that finds its main inspiration in nature. Barcelona will forever have everything that he created and that is currently the reason why many tourists want to visit Barcelona.

Transport and connections in zona alta

The main routes in Barcelona

The metropolitan transport network is designed to meet transport needs for people and goods on a local, regional and long-distance scale. Given the intense socio-economic dynamics of this part of the Catalan territory, this network requires a continuous process of improvement and extension to guarantee good coverage and quality service.

Josep Tarradellas Barcelona-El Prat Airport is a Spanish airport in the Aena network. It is located 15 kilometres from the centre of Barcelona. The upper area of Barcelona is considered one of the best areas to live in Barcelona. It offers the citizen a quiet and familiar atmosphere, with green areas, modern hospitals such as Cima and a great variety of educational institutions.

Most of its streets are wide and bright. It is surrounded by large green areas such as El Parque de L’Oreneta, El Parque de Cervantes or the Sierra de Collserola and has the lowest pollution levels in the city.

The houses in the upper area of Barcelona are usually of large dimensions and some of them with gardens, ideal for families.

Schools in the upper area of Barcelona

The best medical centers in Catalonia are located in the upper area of Barcelona. 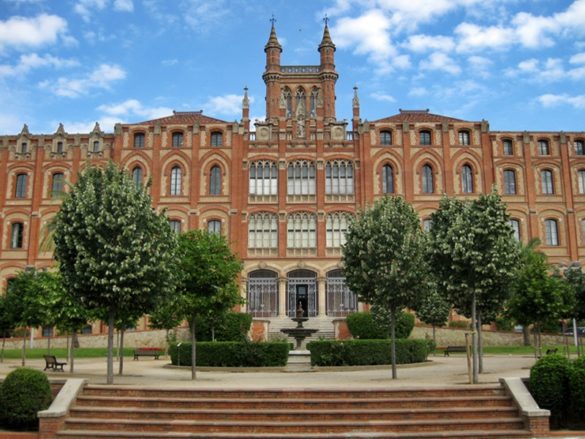 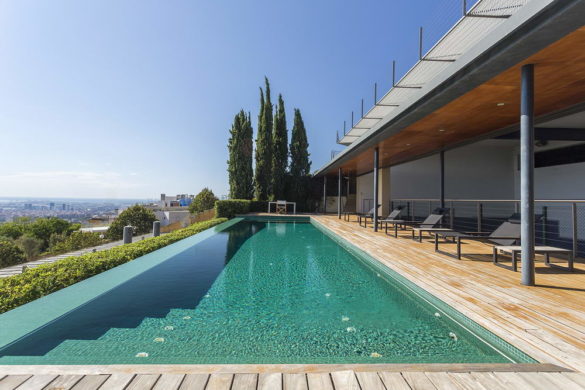 The types of properties most in demand in the area are detached houses with gardens, semi-detached houses with large communal green areas, sunny penthouses and large flats in the upper part of the city and also in the centre. The best locations are Pedralbes, Sant Gervasi and the Eixample district of Barcelona.

Thanks to the large number of different types of companies in Barcelona, there are many opportunities to work in the city.

Barcelona, being a big city, has a large police presence in each of its districts. In addition, Barcelona is a very well-lit city at night, which makes it safe to walk through its streets.

Sarrià-Sant Gervasi is one of the greenest districts in the city. It is a residential and wealthy area, with numerous parks and green zones, combined with prestigious  educational and health centers. Sarrià-Sant Gervasi occupies a large area  of Zona Alta and until the 19th century, this neighborhood was considered a separate area from Barcelona. Stately homes, narrow streets and traditional squares make it one of the most prestigious and wealthy in the city.

The higher part of Barcelona is formed by the districts of Sarrià - Sant Gervasi and the whole district of Les Corts. Within these districts is the area of Pedralbes, Tibidabo or Bonanova.
It is worth noting that Barcelona is a very safe city, but the neighbourhood where there is more crime than other areas is the Raval.
The neighbourhoods considered the most beautiful in Barcelona are Les Corts, Gràcia and the Eixample.
In Zona Alta the upper area of Barcelona you can visit the gardens of Pedralbes.
Sarriá has a very popular centre for the residents of the district. The cultural centre Casa Orlandai, where you can find organised workshops and shows for all ages. The main street of Sarrià is full of terraces where you can relax after having walked the whole of the main street visiting the local shops.
The Sarrià letters are located in Rúa do Castelo.
In the districts of Eixample, Sarrià-Sant Gervasi and Ciutat Vella.
In Eixample there are several worthwhile properties. Coldwell Banker has small flats for individual use or large flats. Also available are duplex flats and flats with the best terraces and panoramic views of the city. Incredible luxury homes in the most emblematic streets of the city. Below is the list of properties.
According to the city council's indicators, the safest area in Barcelona is the Tres Torres neighbourhood.
Barcelona is considered one of the least dangerous cities in Europe.
Barcelona is divided into 10 municipal districts. 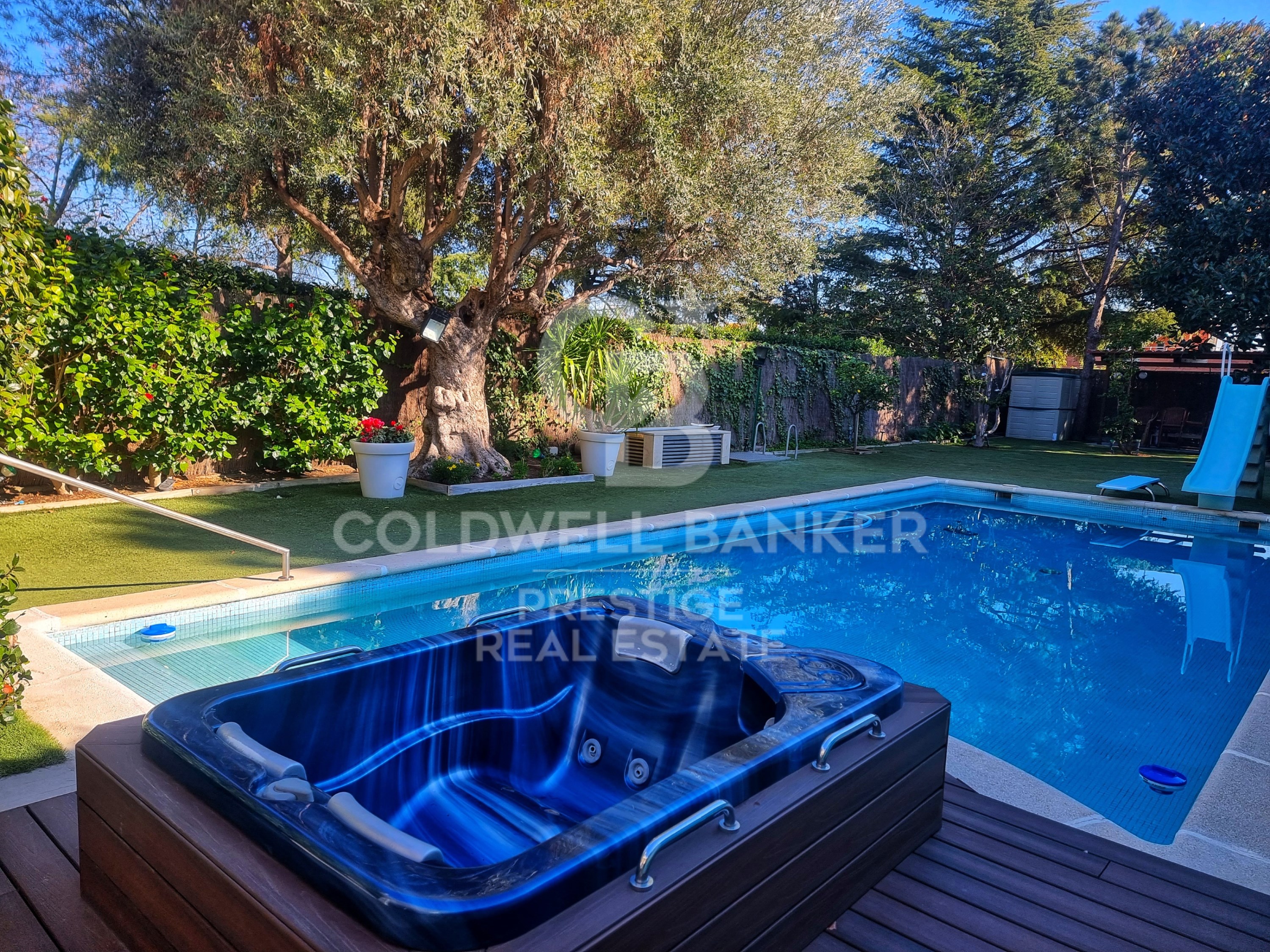 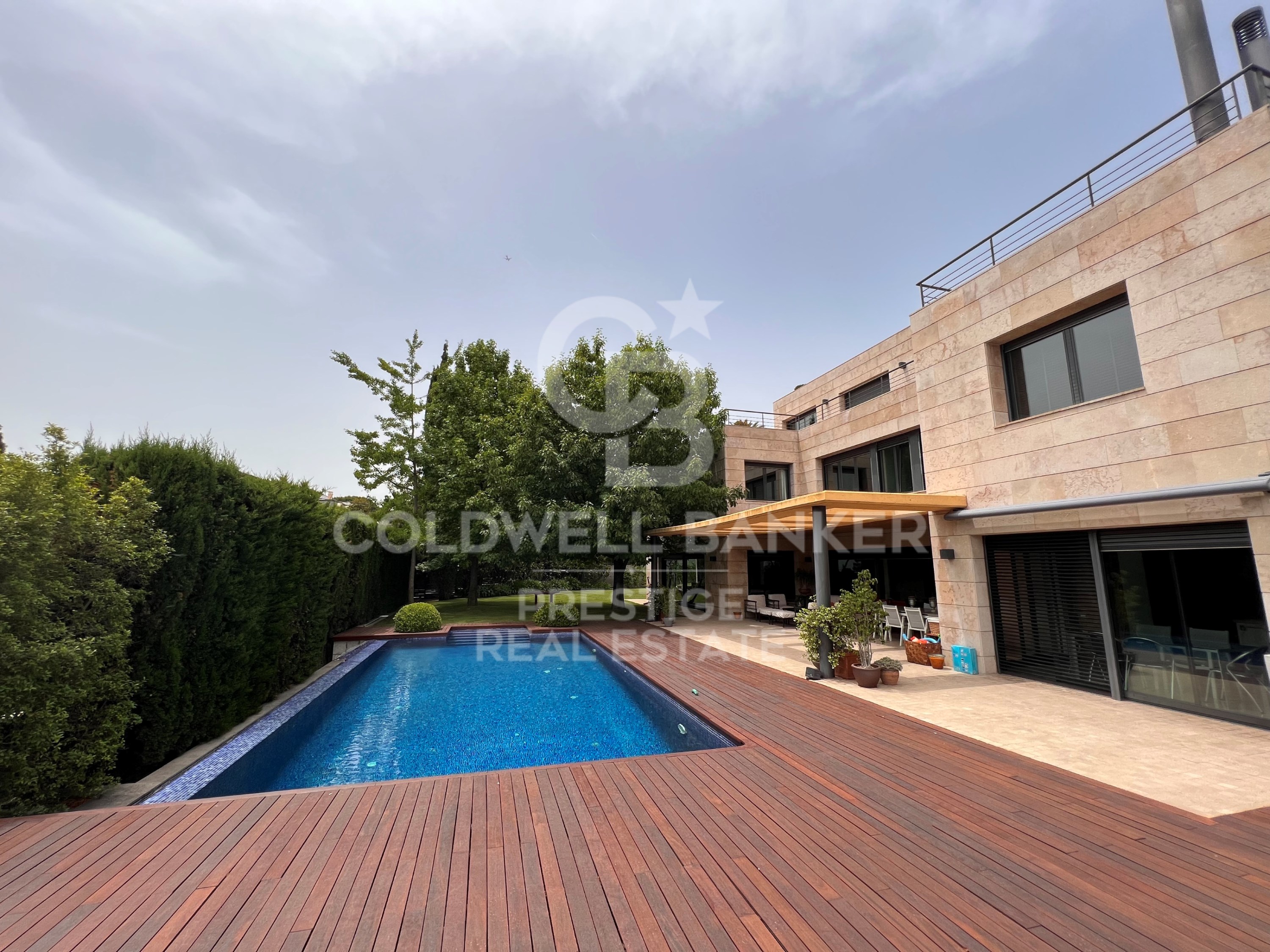 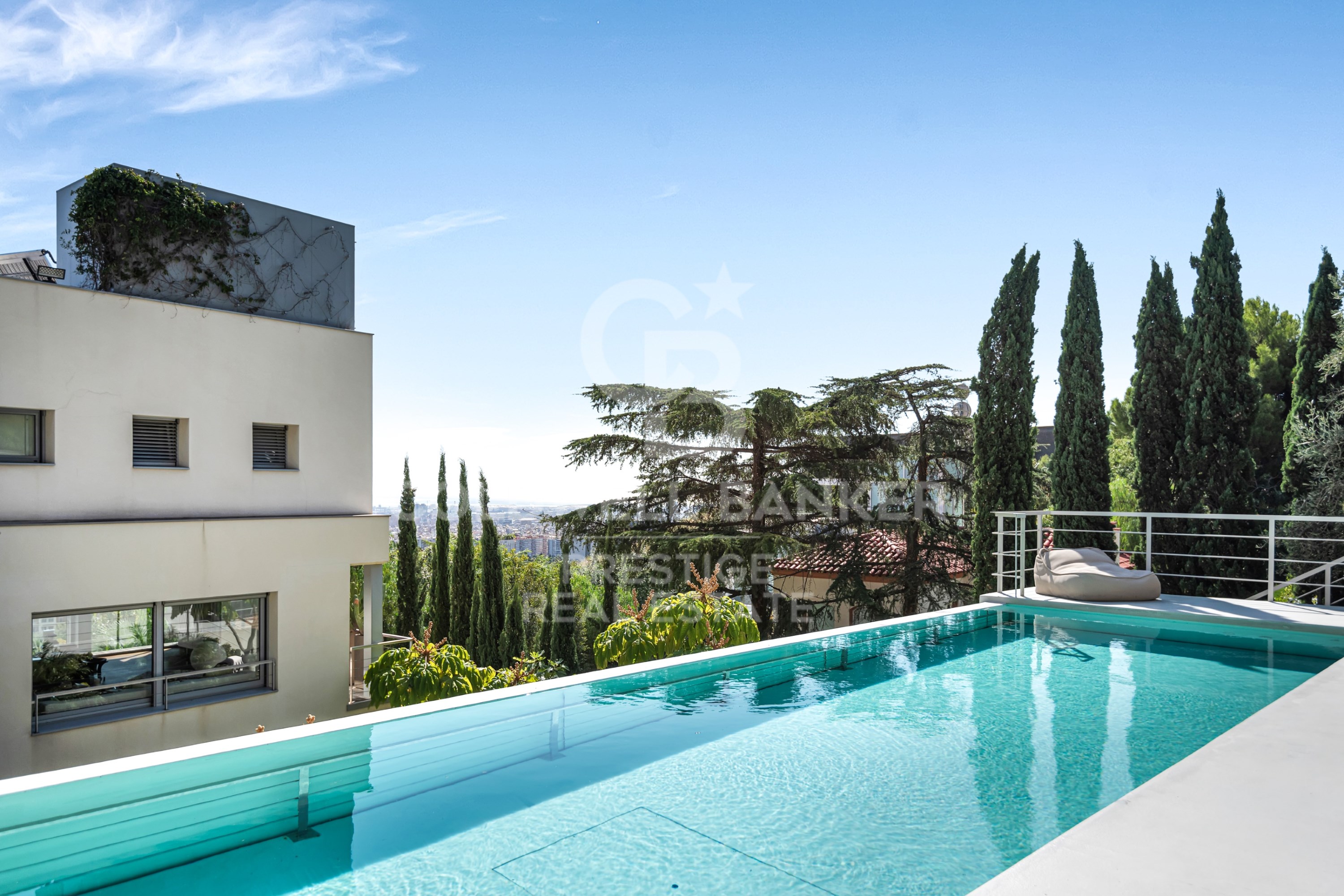 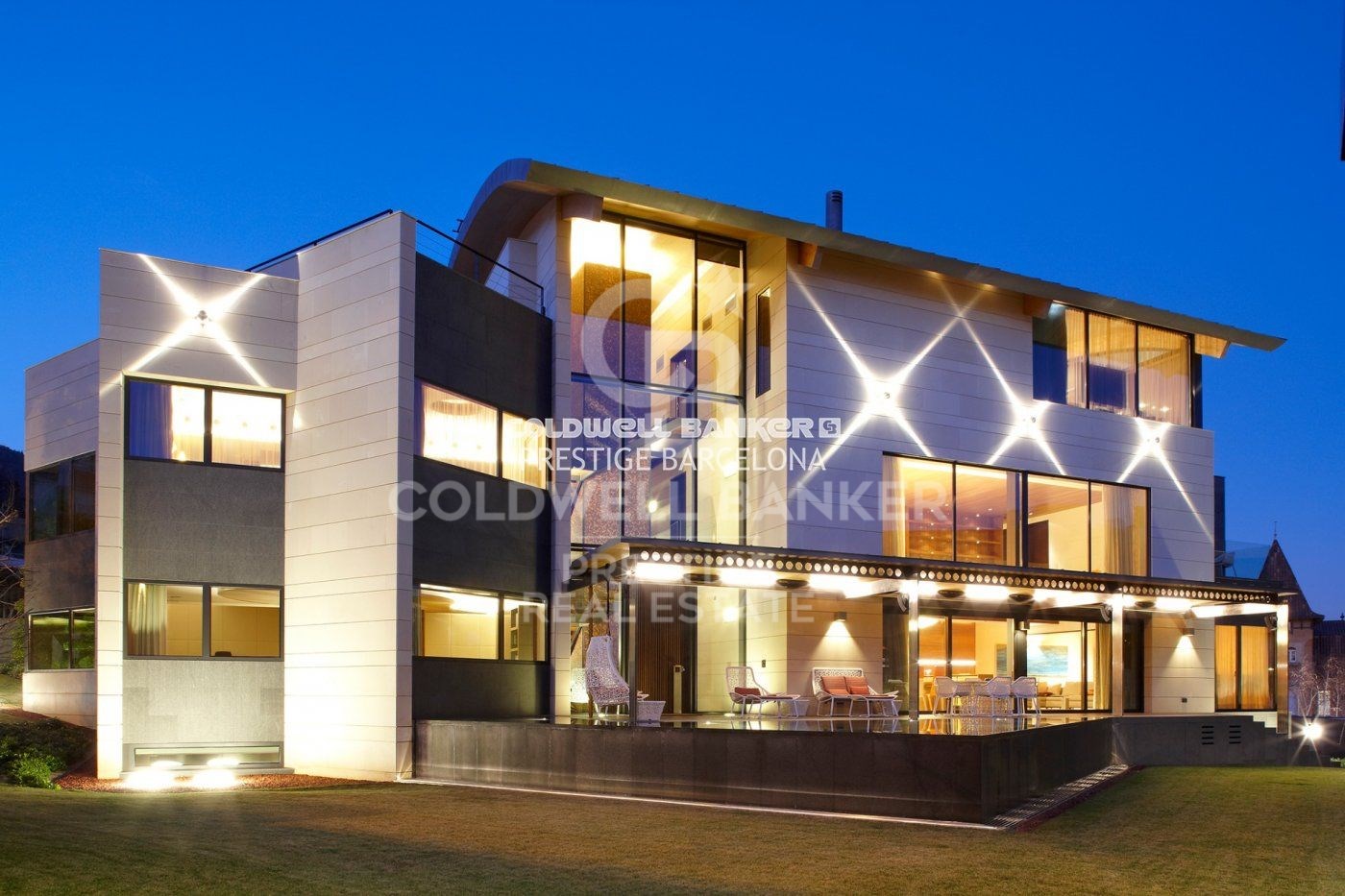 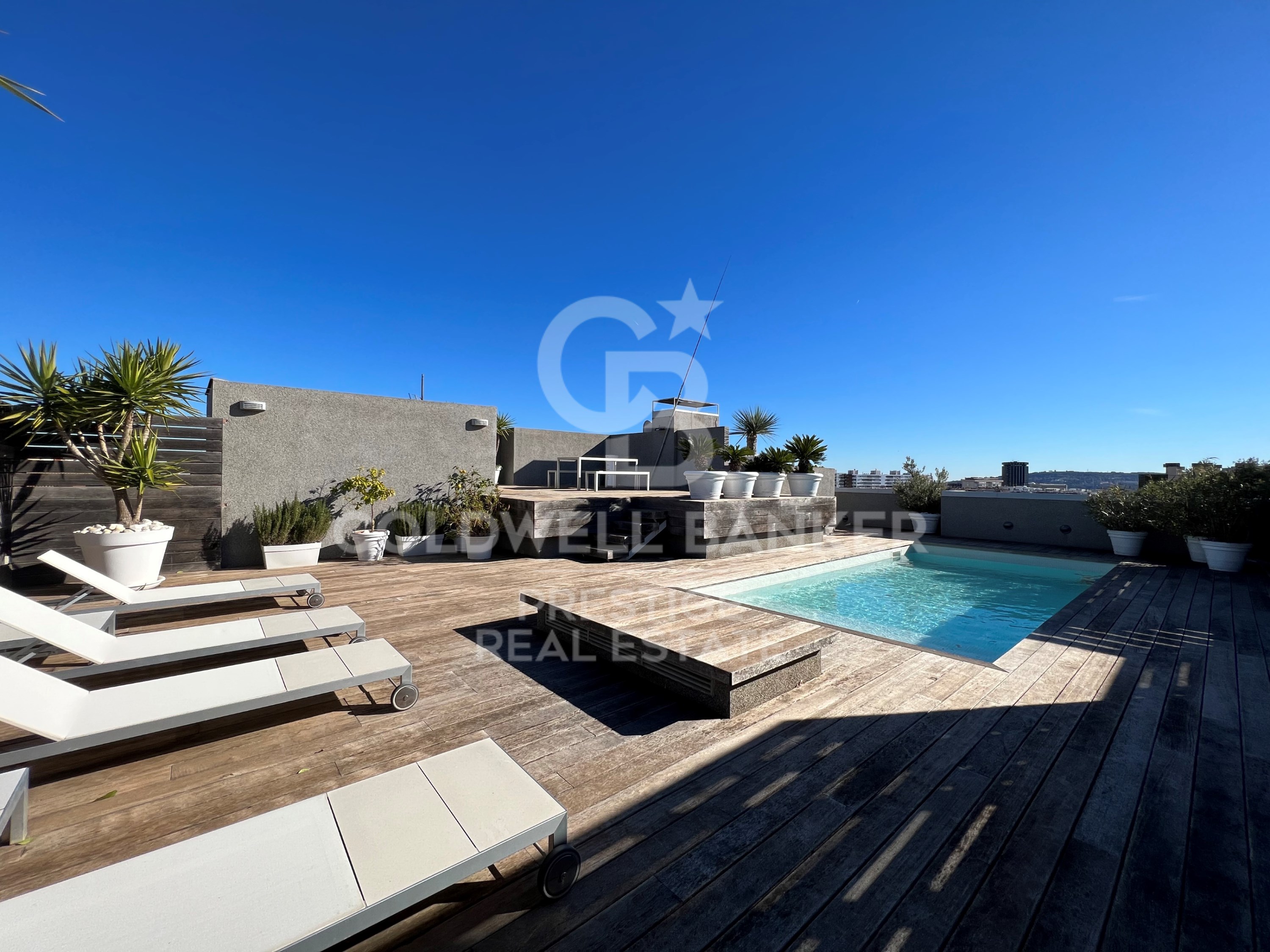 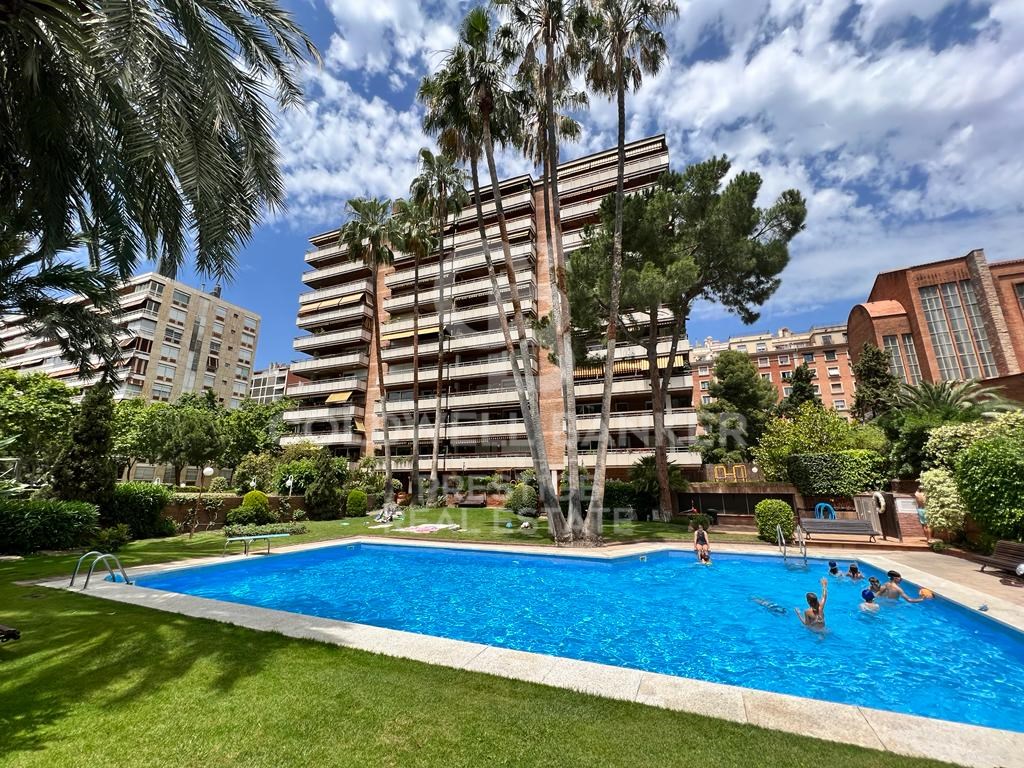 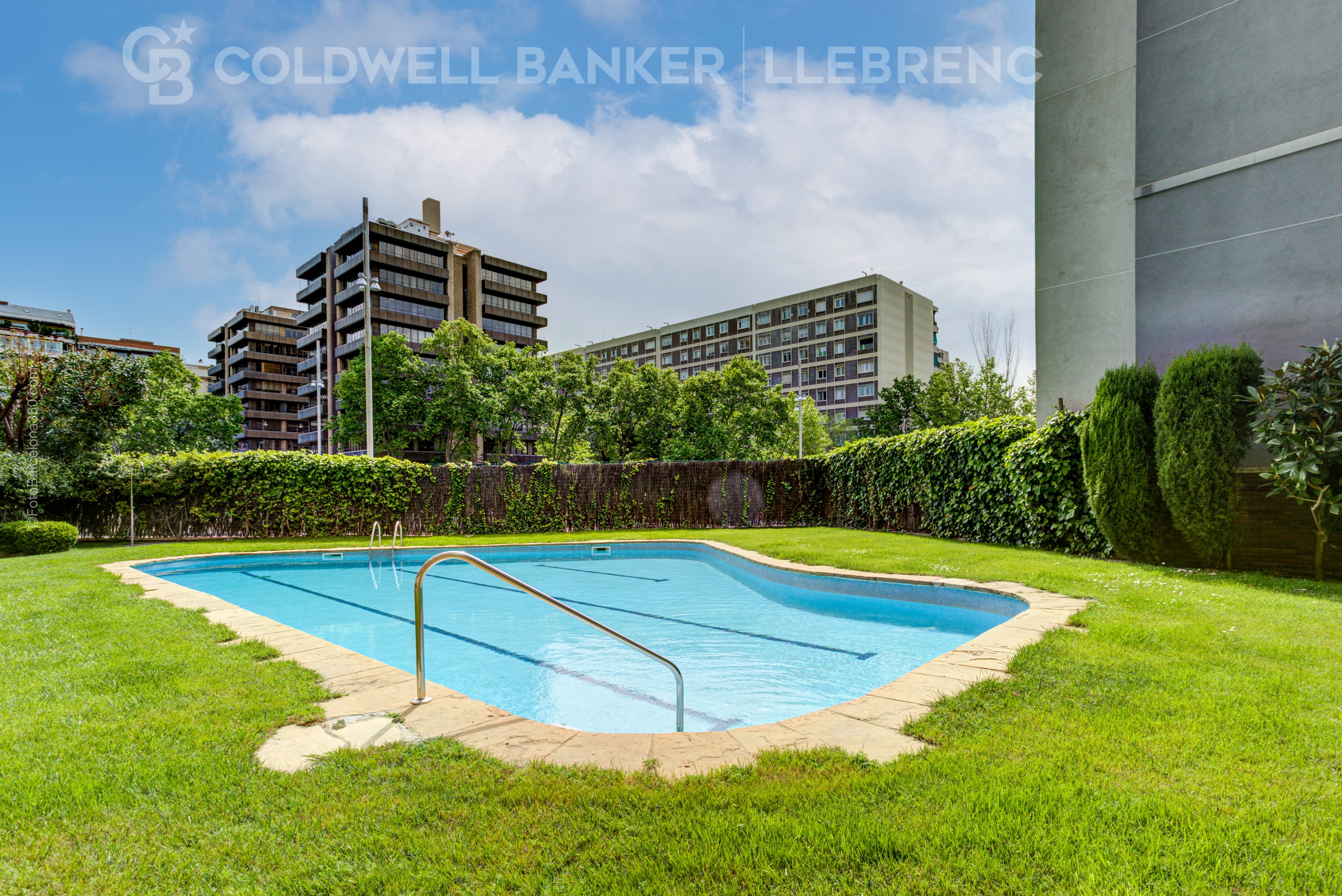 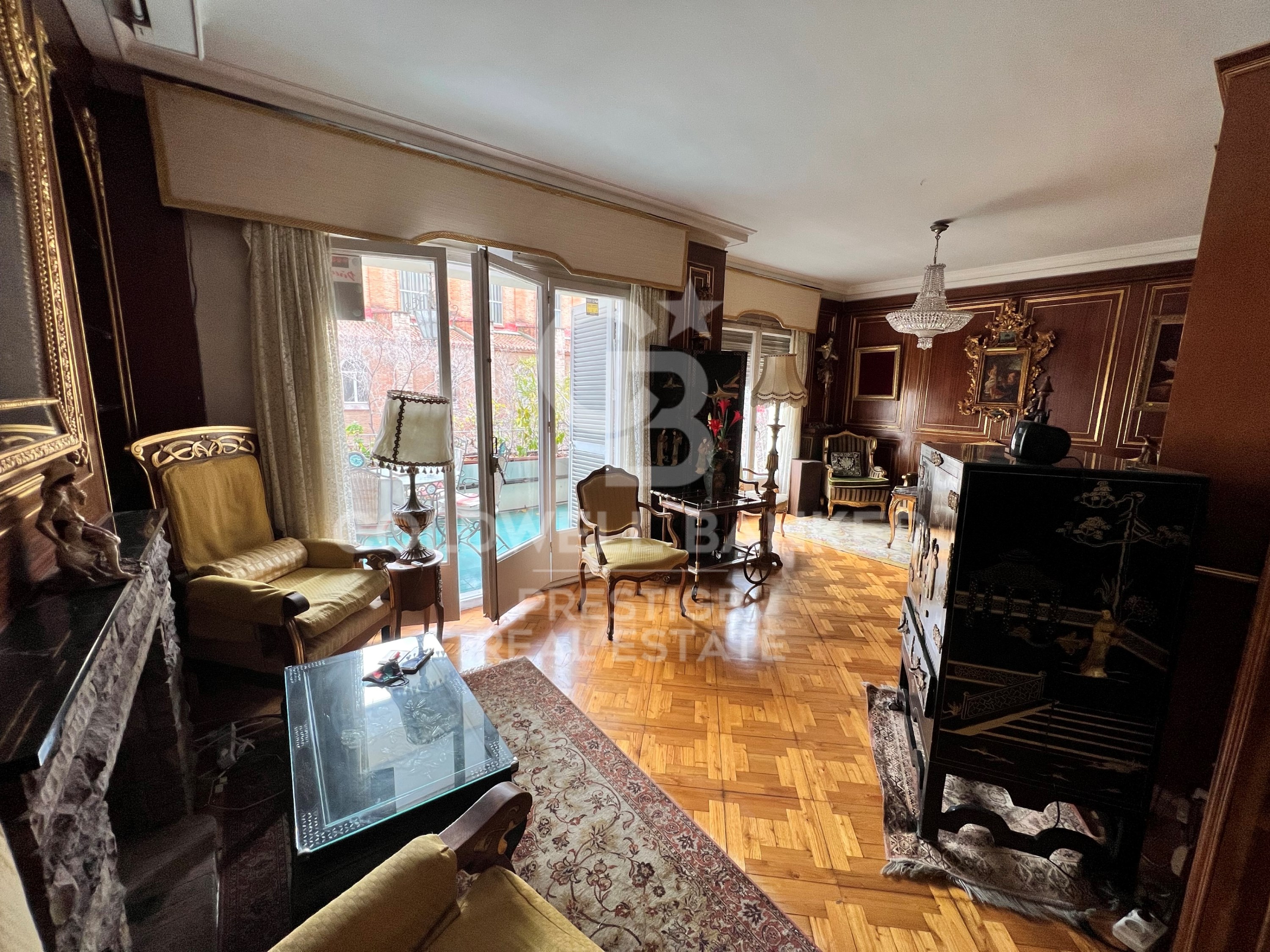 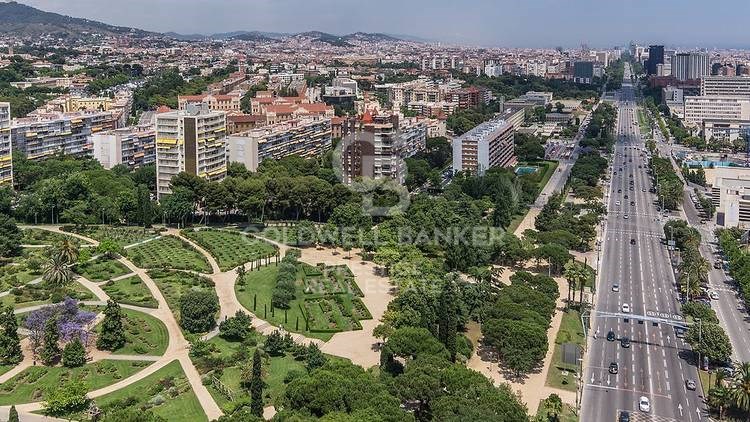 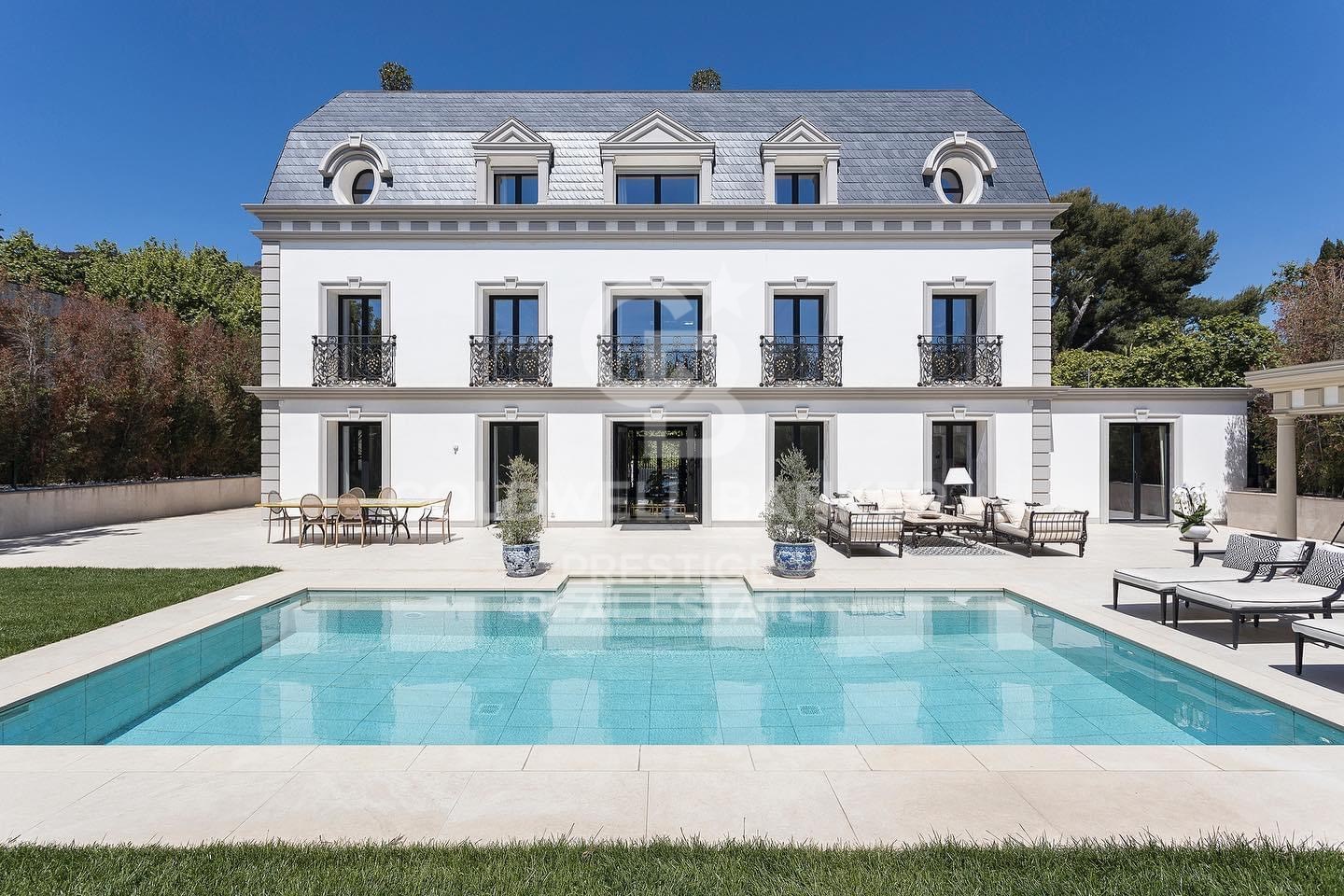 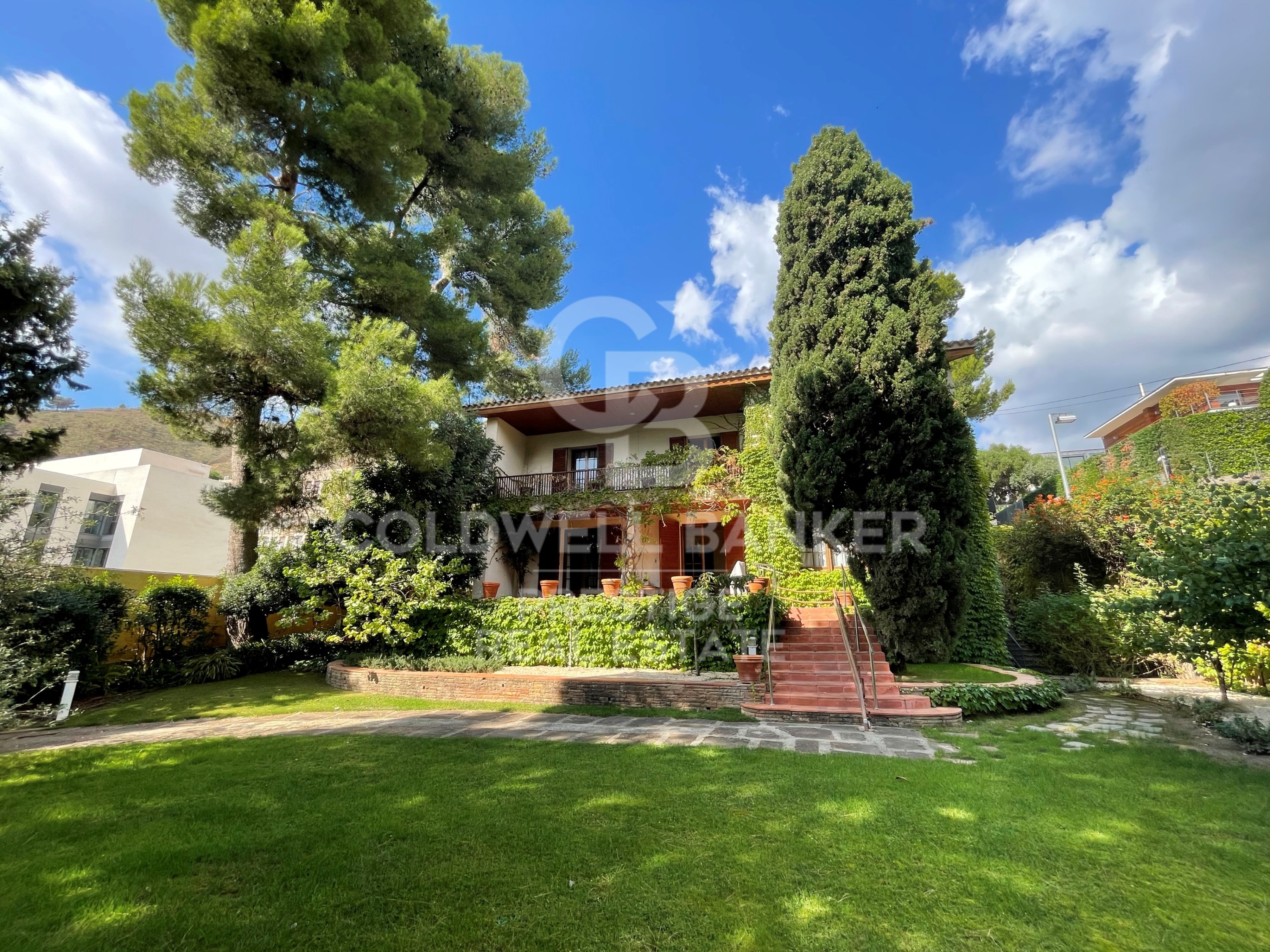 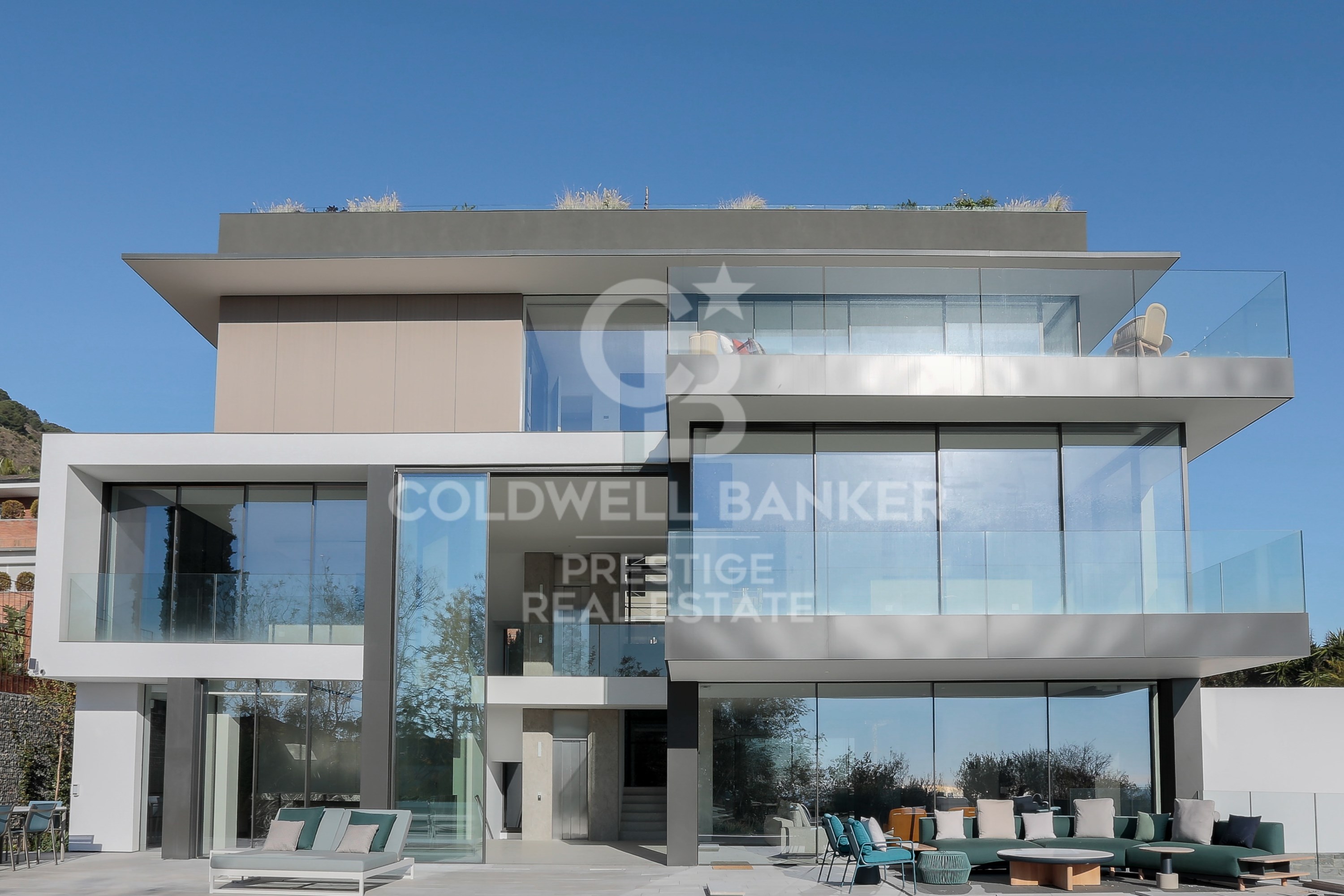