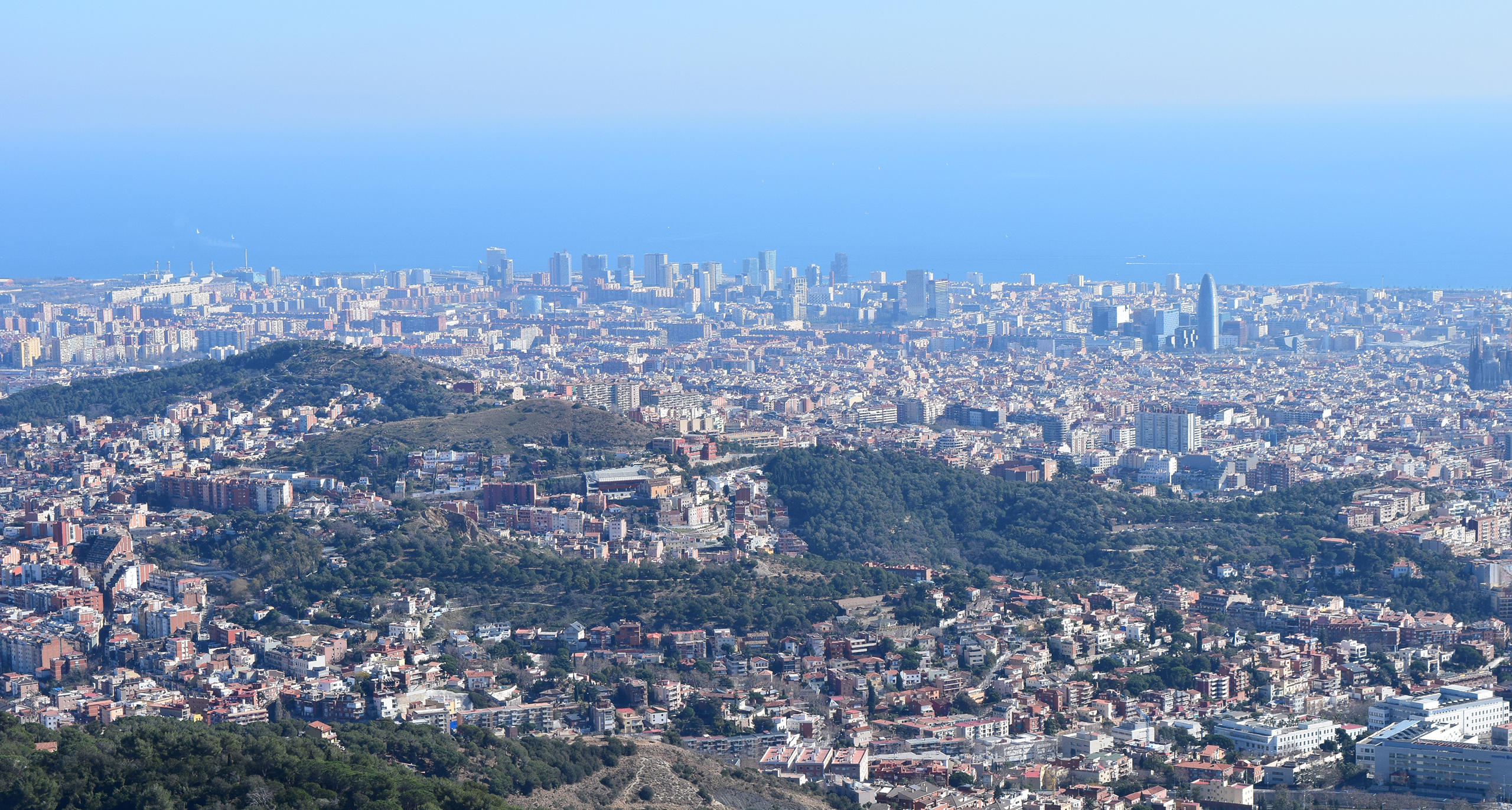 The area of Vallvidrera

Living in Vallvidrera is synonymous with enjoying a privileged natural environment on a daily basis, without giving up all the amenities offered by the urban center of Barcelona. Located in the high part of the Collserola mountain range, this unique mountain neighborhood groups together the areas of Vallvidrera and Tibidabo. Its enclave in the middle of nature makes life in Vallvidrera very different from the rest of the city of Barcelona.

The district of Vallvidrera

In its many green spaces you can practise an infinite number of outdoor sports, making it a true paradise for those who love sport and tranquillity. The mountain districts of Peu del Funicular, Vallvidrera superior and Mas Sauró stand out for their excellent views and good communications with the city. Can Rectoret and Mas Guimbau are also highly sought after and, in recent years, the area of Les Planes has aroused the interest of families looking for properties at more affordable prices.

The Natural Park of Collserola

The neighbourhood of Vallvidrera is the quietest in the city of Barcelona and is located in one of the largest metropolitan parks in Europe: the Collserola Natural Park. Considered the green lung of Barcelona, in the more than 8,000 hectares of Collserola Park there are countless paths and trails, roads for cyclists and runners, such as the Carretera de les Aigües, green areas such as the Font de la Budellera and even a reservoir. 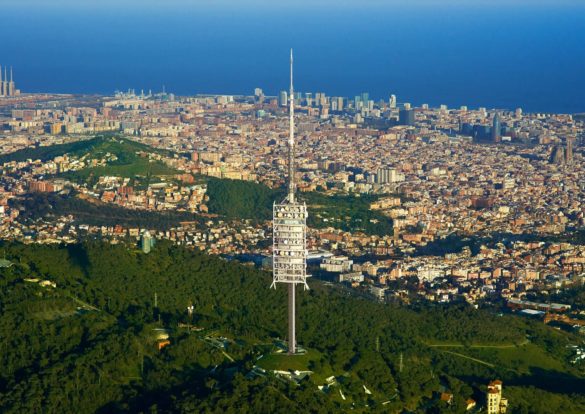 Its imposing vegetation and clean air were the main reasons why the wealthy families of 19th century Barcelona made Vallvidrera their summer resort. This can be seen in the modernist and nineteenth-century towers that still stand today. Nowadays, these same reasons have led many families to choose to live all year round in Vallvidrera, in a natural environment, far from the hustle and bustle and noise of the city, but very well connected to it.

Sports and activities to do in Vallvidrera

Vallvidrera is, without a doubt, a real paradise for lovers of outdoor sports. The more than 8,000 hectares of the Collserola Natural Park are home to all kinds of paths and areas for cycling, hiking, running or simply strolling and enjoying the best views over Barcelona.

Very close to Vallvidrera you can find sports clubs such as Arsenal, Can Caralleu or Bonasport, the Sant Gervasi Tennis Club, the Barcino Tennis Club and the Collserola Equestrian Centre, among others.

The culinary delights on offer in Vallvidrera also deserve to be highlighted with suggestions such as the restaurant Can Cortés, Casa Trampa, the restaurant Font de les Planes or the restaurant Bistro 1925, located in the unique hotel La Florida, which boasts the best views over Barcelona since 1924.

Also close to Vallvidrera are some of the best restaurants in Barcelona, such as the restaurant Dos Torres, located in a modernist villa in Sarrià, the renowned Tram-Tram, headed by the chef Isidre Soler, or Àbac, by the chef Jordi Cruz, which has three Michelin stars.

The Tibidabo Theme Park is one of the great attractions of the area that every Barcelona resident has visited as a child; having been in operation since 1905, it is one of the most famous amusement parks in the area. 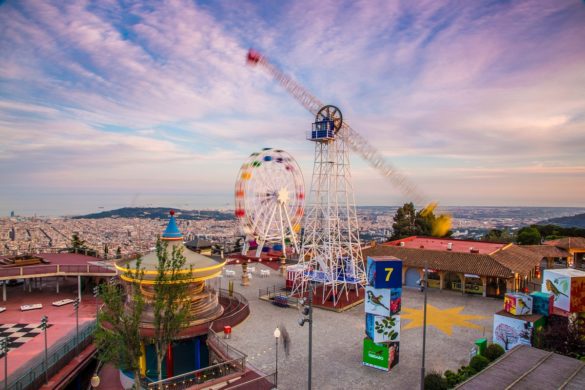 The centre of Vallvidrera also has an interesting cultural heritage, such as the church of Santa Maria de Vallvidrera, the church of the Sacred Heart and the Vil-la Joana house, where the poet Jacint Verdaguer lived. Another of its architectural gems is the Fabra Observatory, the fourth oldest astronomical observatory in the world, which is still active. Set up in 1904, it now offers themed dinners during the summer with the possibility of stargazing through its large telescope. The neighbourhood also has an interesting network of shops and a library.

Transport and connections in Vallvidrera

Public and private transport in Vallvidrera

Vallvidrera’s excellent communications, both by private and public transport, with the rest of the city of Barcelona is one of the great attractions of living in Vallvidrera. The neighbourhood is connected to the city by the Ferrocarrils de la Generalitat and the stations Peu de Funicular and Baixador de Vallvidrera, the FGC Vallvidrera Funicular and the Vallvidrera Superior station, as well as by two city bus lines.

Road communications are also very good, allowing you to reach the centre of Barcelona by car in just 20 minutes. Likewise, Barcelona airport is only 28 kilometres away.
Thanks to its excellent communications, living in Vallvidrera has also become, in recent years, an attraction for people from other European countries such as France, Belgium, the United Kingdom, Italy and Germany, among others, who wish to enjoy a peaceful life in an urban oasis, full of nature, without renouncing the comforts offered by a city like Barcelona.

A haven for families

With a population of just over 5,000 inhabitants, Vallvidrera has become a haven for families who want their children to grow up in a healthy and peaceful environment, surrounded by nature and clean air.

The wide range of educational institutions in the area, both national and international, is another reason why many people choose to live in Vallvidrera. Vallvidrera. This is the case of the renowned Escola Montserrat, the Sagrat Cor de Sarrià school, the Sant Ignasi school, La Salle-Bonanova as well as international schools such as the American School of Barcelona, the Benjamin Franklin International School, the Deutsche Schule Barcelona, the Sant Peter’s School or the Liceo Francés, among others.

Price per m2 in Vallvidrera

The areas most in demand and with the highest prices are Peu del Funicular, Vallvidrera superior and Mas Sauró, due to their excellent views and good communications with the city. They are followed by Can Rectoret and Mas Guimbau. Furthermore, in recent years, the area of Les Planes has aroused the interest of families looking for properties with lower prices, as well as small investors who see the great possibilities of the area. In terms of the type of properties, the most popular are detached houses with gardens, semi-detached houses with green communal areas and large penthouses and flats with great views over Barcelona.

Vallvidrera is a residential neighbourhood. However, in recent years several companies in the service sector have decided to move their offices to the area because of its excellent communications with the city and the quality of life it can offer their employees. Do you need more reasons to live in Vallvidrera? At Coldwell Banker Llebrenc we have the best selection of properties in the Vallvidrera area and we can help you find the home of your dreams!

The Vallvidrera area is known for its peaceful atmosphere. It also has a very low crime rate and is considered one of the safest districts in Barcelona to live in.

In the Vallvidrera area you will find one of the best panoramic views in Barcelona, next to the Tibidabo Theme Park. Visitors can use the funicular known as "De camino al cielo" (The road to heaven) because of the beautiful scenery that can be seen from it.
The Vallvidrera area is known for its peaceful atmosphere. It also has a very low crime rate and is considered one of the safest districts in Barcelona to live in.
Vallvidrera is known for being a residential neighbourhood. It is what is known as the upper area of Barcelona, so living here means being surrounded by an exclusive, cosmopolitan and upscale atmosphere.
Given the region's fragmented nature, the services offered, especially concentrated in Vallvidrera and to a lesser extent in Les Planes, are perfectly satisfactory. Private transport has a well-developed infrastructure. To travel by public transport, residents can use the two Ferrocarrils de la Generalitat stations, one in Vallvidrera and the other in Les Planes.
Family life in Vallvidrera is ideal for families as it is a very safe neighbourhood in Barcelona. It has schools of varying standards and large parks and gardens where children can run and play freely.
Vallvidrera is divided into three parts by its common history: the centre, reached by cable car; Tibidabo was originally a destination for hikers, but with the arrival of the Arrabassada, the amusement park and the Fabra observatory, it became a wealthier place with a small residential complex; and Les Planes, which includes the distinguished centre of Mas Sauró, Mas Guimbau and Rectoret.
The centre of Barcelona is 15 minutes away by public transport and 20 minutes by car.
There are several properties in Vallvidrera. Most of these are large, newly built and luxurious. 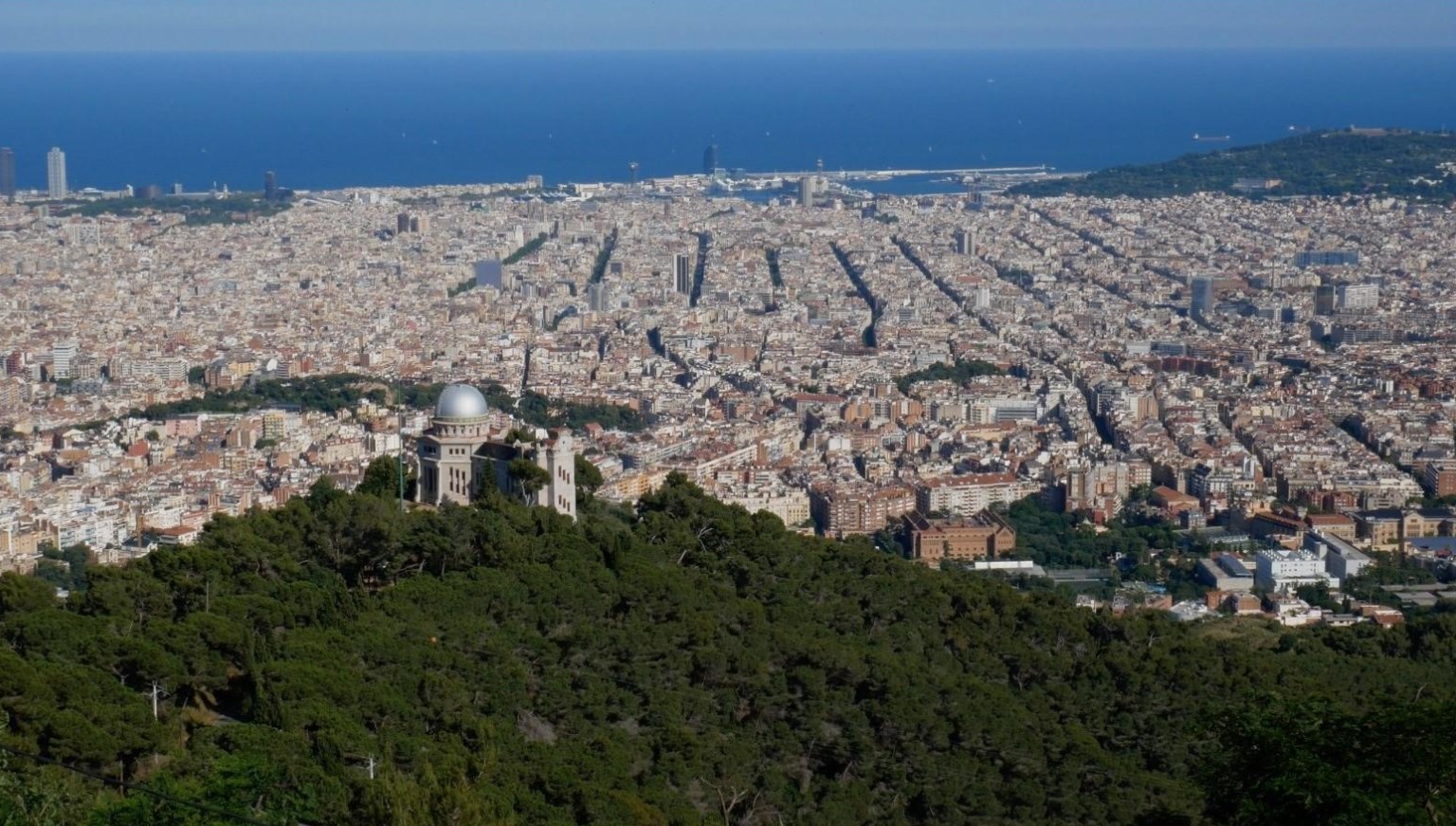 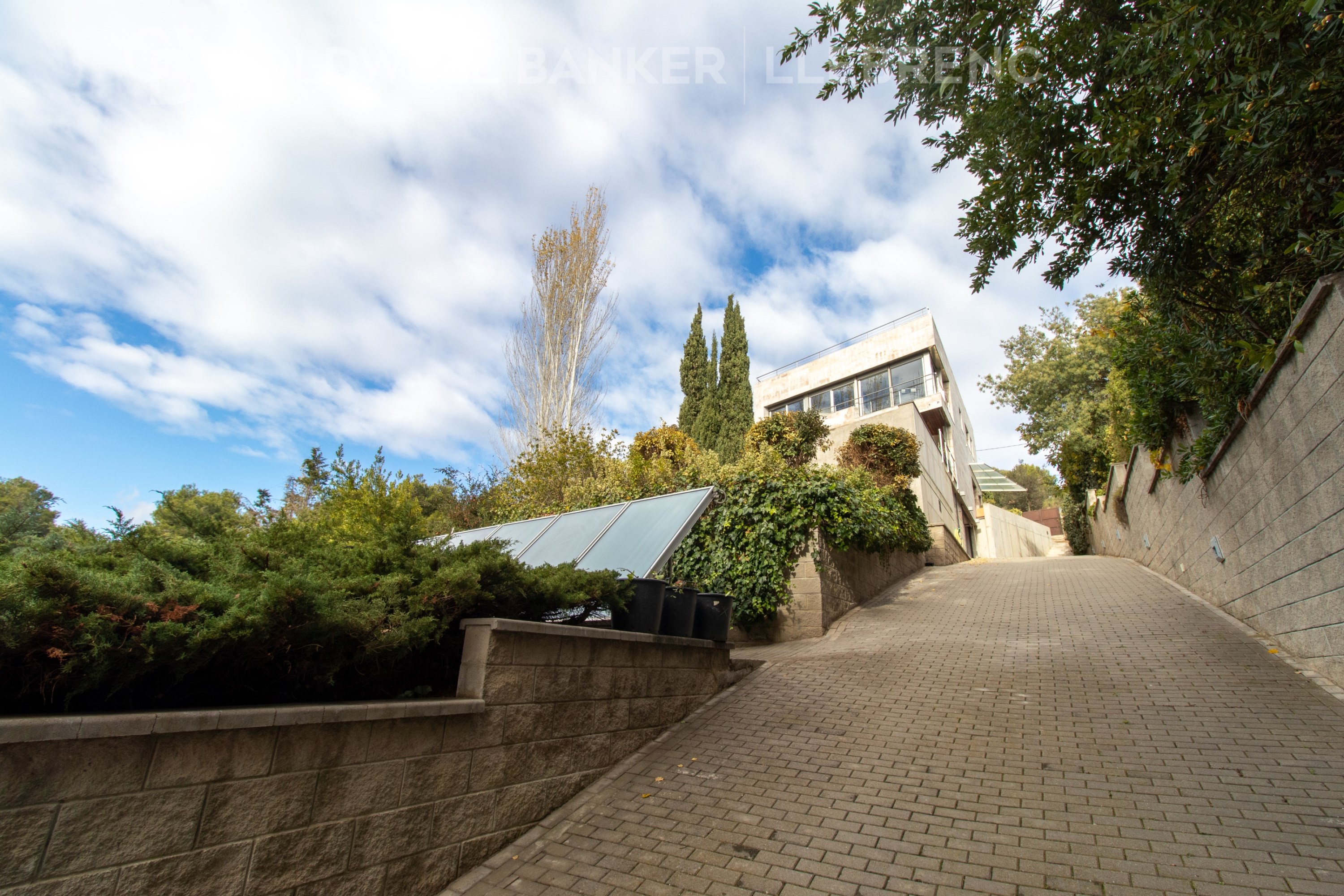 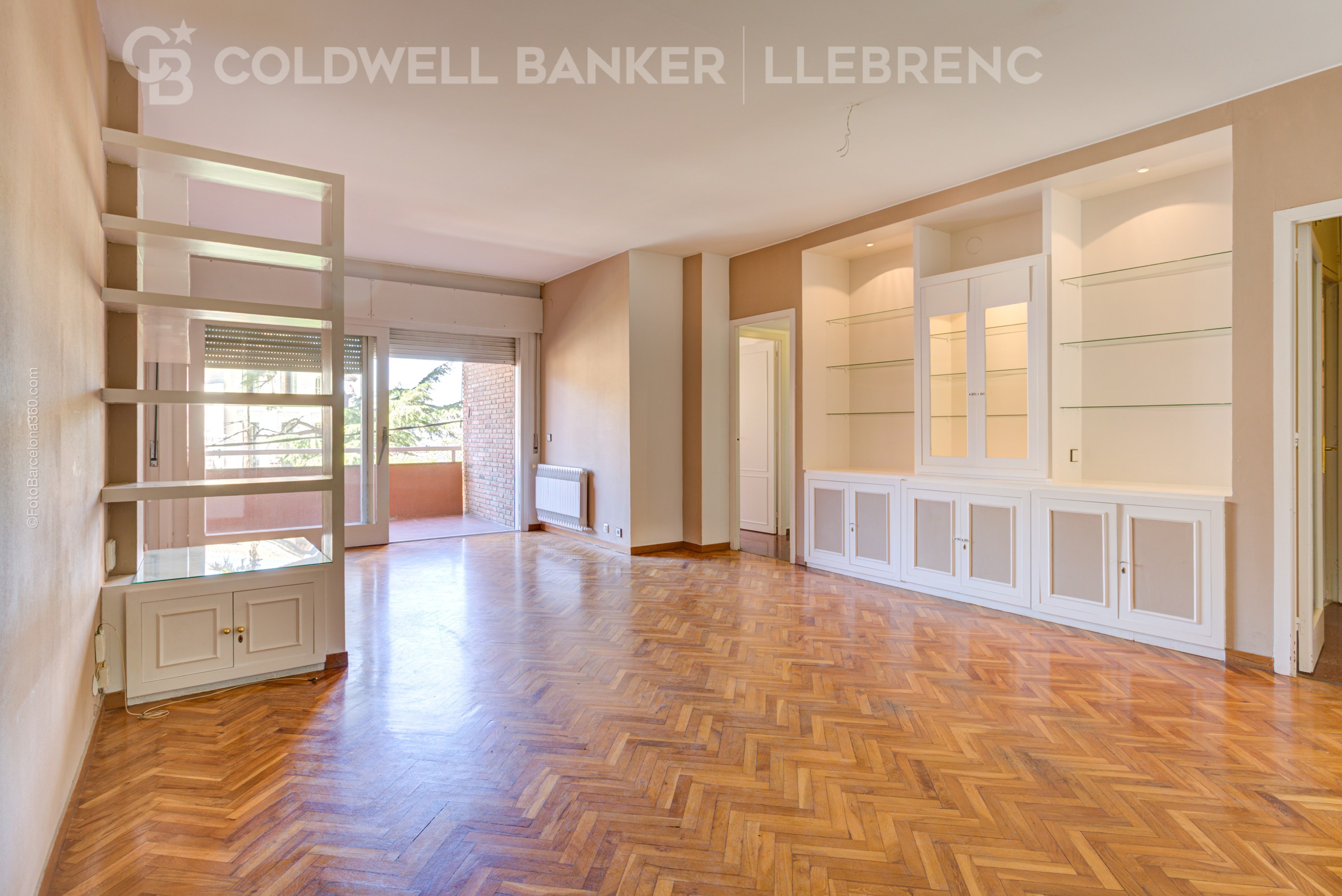 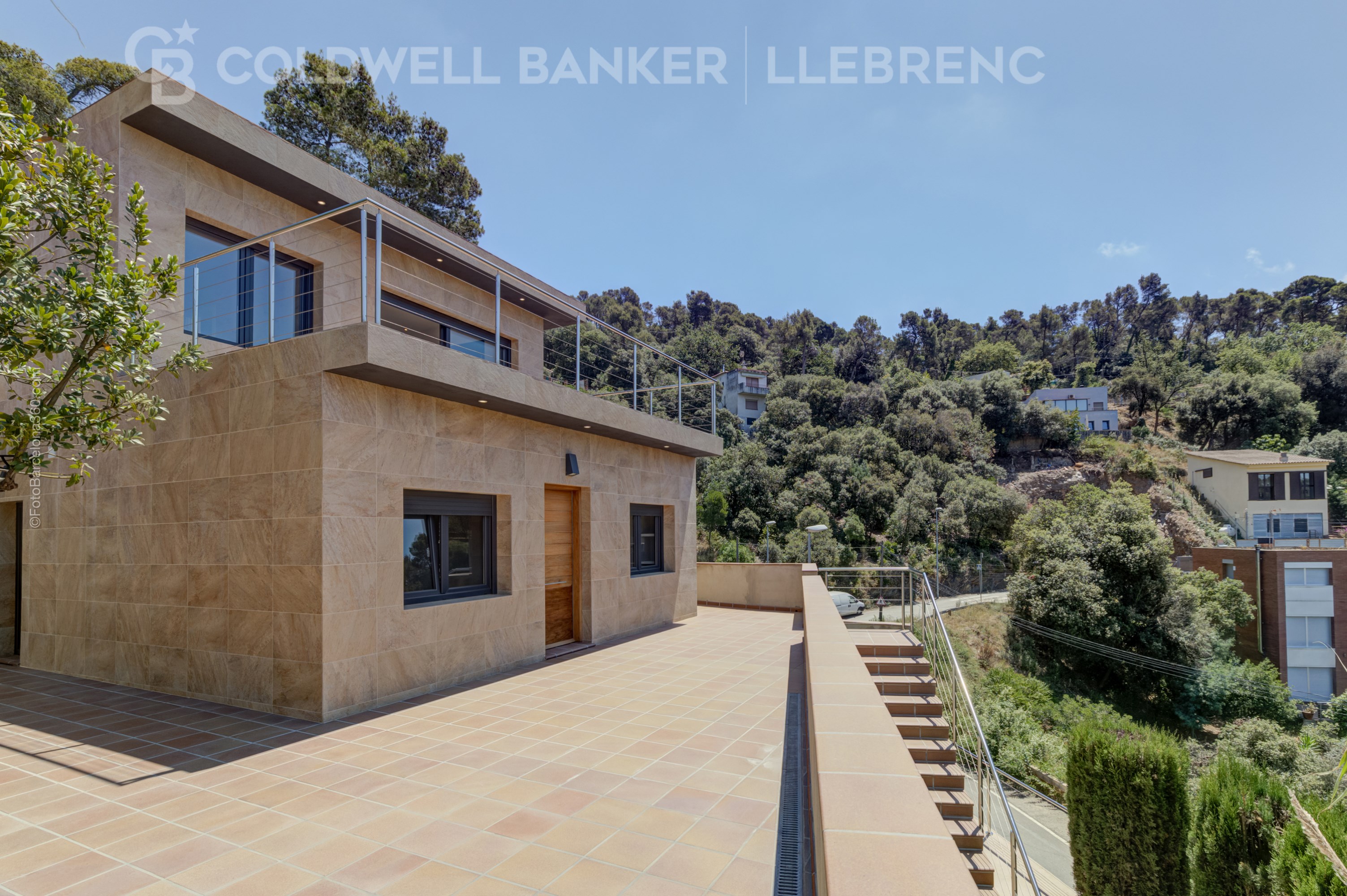 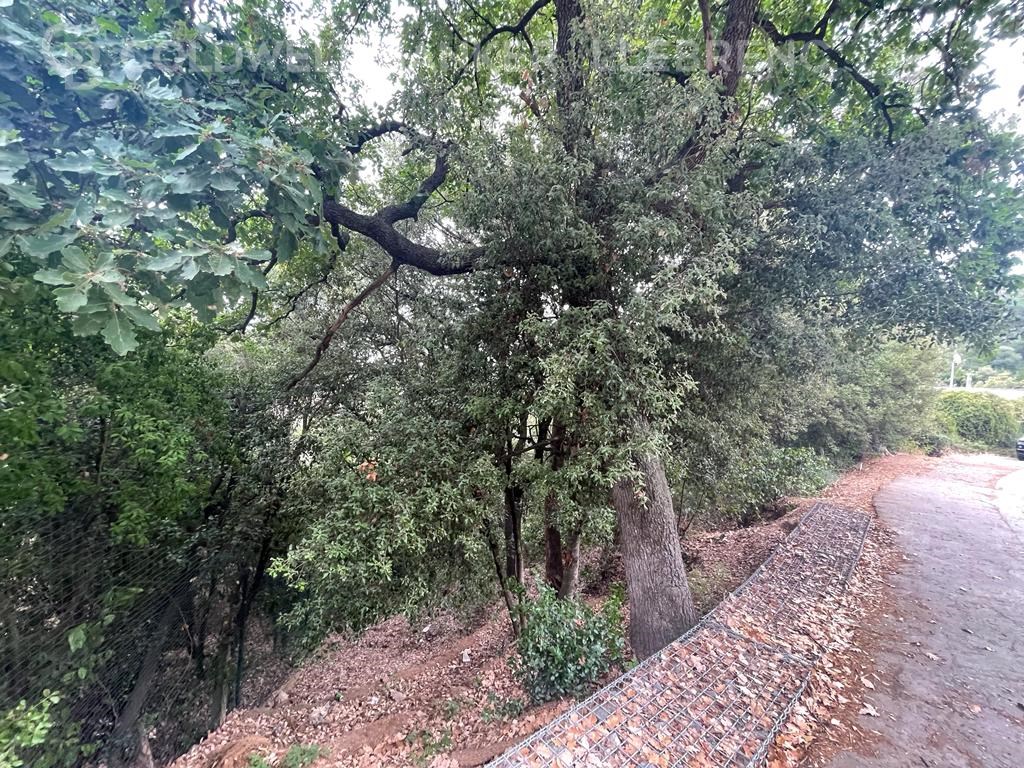 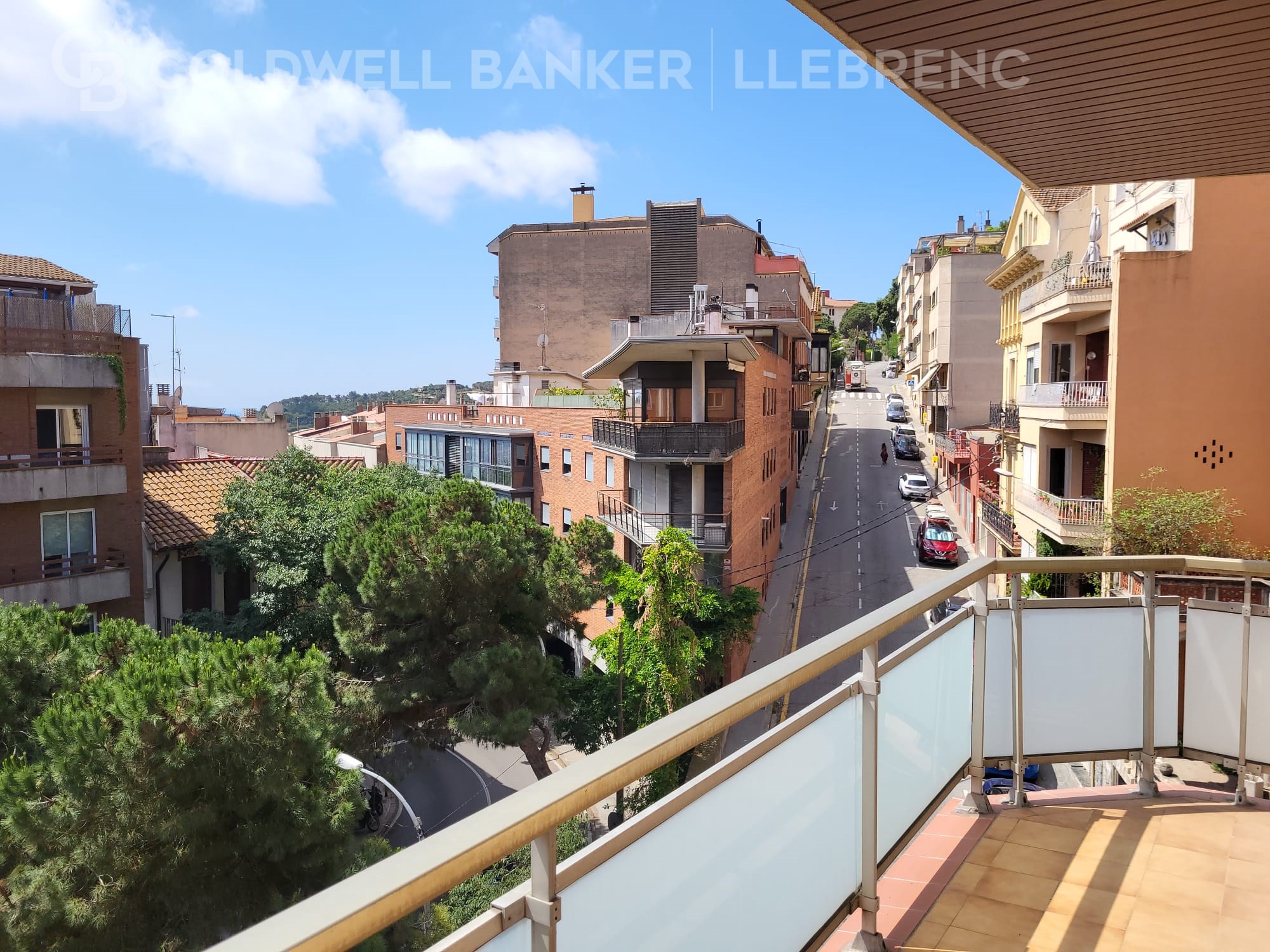